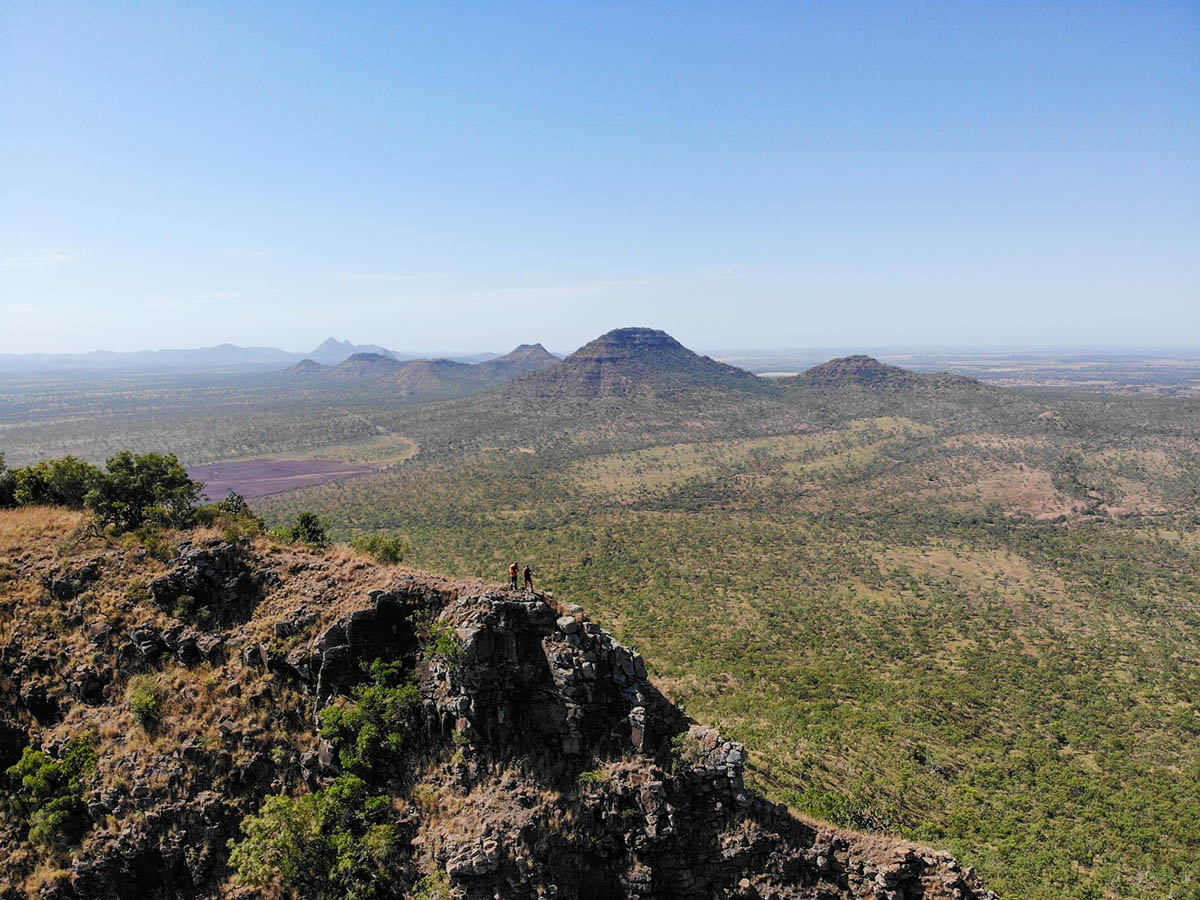 Located on private property in the Peak Range between Clermont and Dysart, Gilberts Dome is one of two cuploa-shaped peaks in the range, the other being Browns Peak directly to the south.

The unique features of Gilberts Dome include what is described as ‘a peculiar coarse-grained rock, consisting of loosely bound crystals of plagioclase, augite, and iddingsite pseudomorphs crops out at the summit….The rock is tentatively regarded as representing a concentration of phenocrysts by gas-streaming from the underlying lavas before they solidified’.

To attain the actual summit of Gilberts Dome is a challenging outdoor experience, particularly when close to the highest point of the mountain which required scaling the steep, northern basalt slopes and top bed, made up of what is likely known as phenocryst concentrate.

To experience the wonder of central Queensland from the actual summit of Gilbert’s Dome is a priceless experience. Unimpeded 360 degree views of the surrounding range and farmlands are a true outback delight.

To the north, the Hodgson Range is visible, as is Lords Table Mountain and Mount Donald on the horizon. Browns Peak and Charleys Peak are clearly visible to the south, along with Eastern Peak, Calverts Peak, Scotts Peak and Ropers Peak.

We were joined by no less than three pairs of wedge tailed eagles (Aquila audax) as we traversed the summit of Gilberts Dome on a warm summer morning.

One must wonder what Leichhardt was thinking as this impressive chain of volcanic peaks first came into sight all those years ago.

Access to this hike is via private property with permission of the relevant landowners. As such, we cannot provide directions 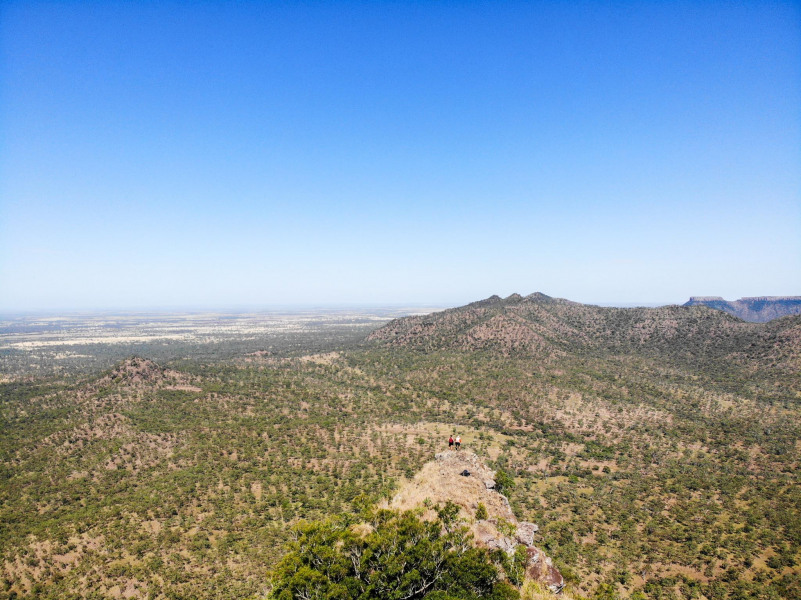 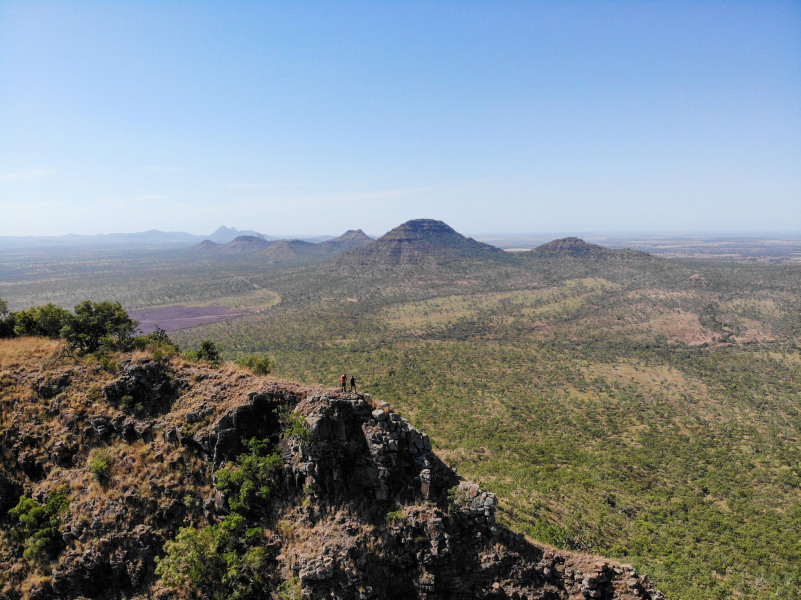 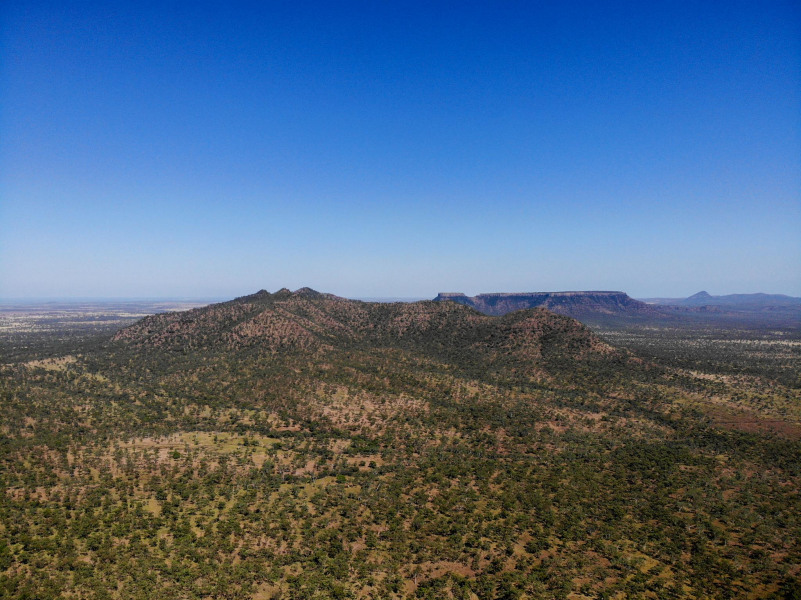 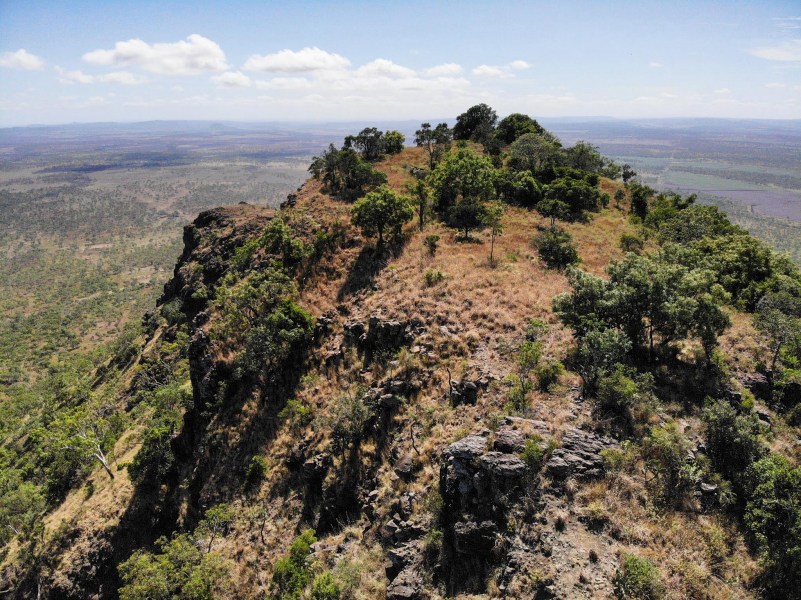 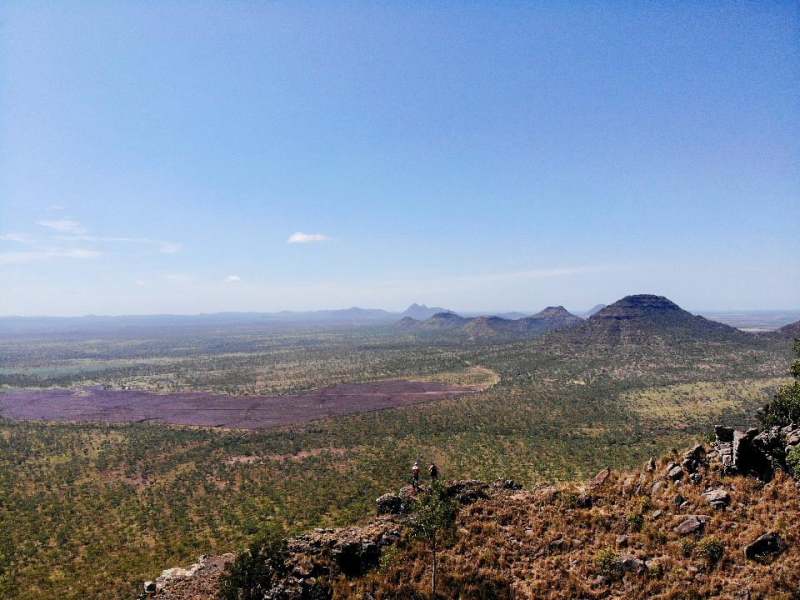 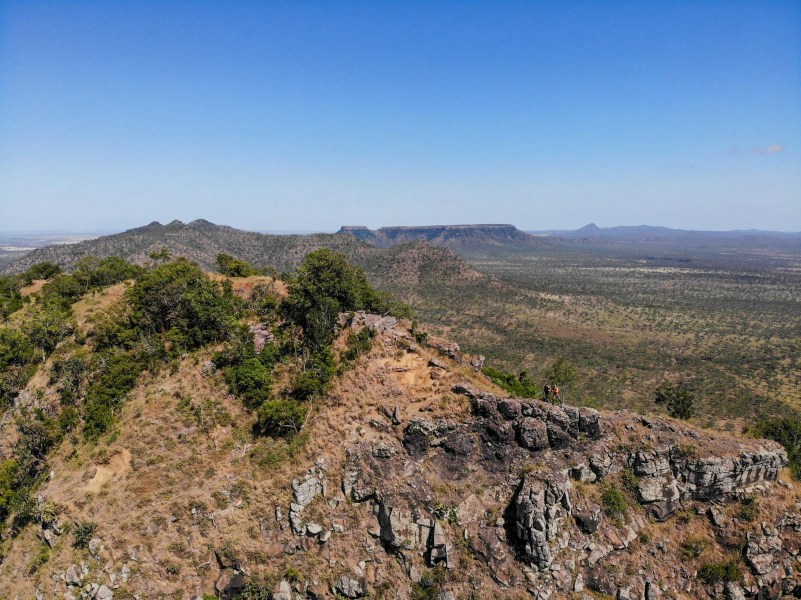 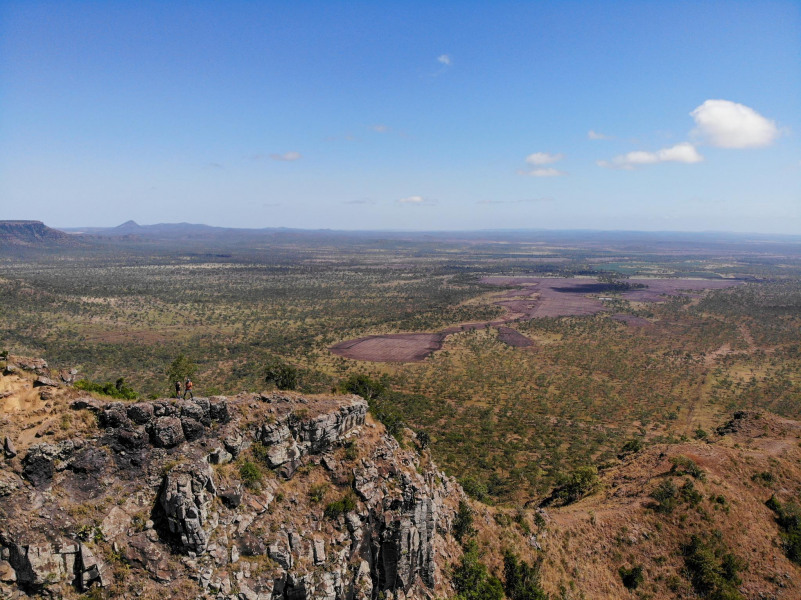 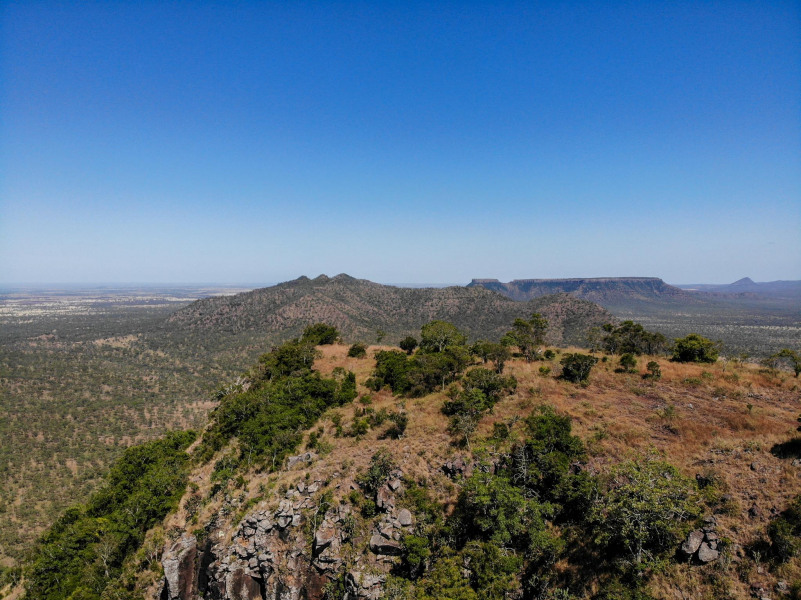 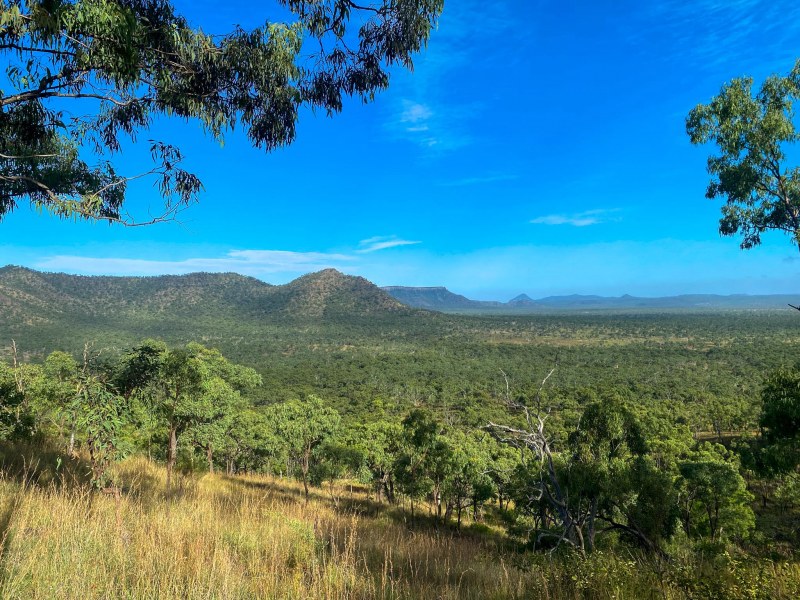 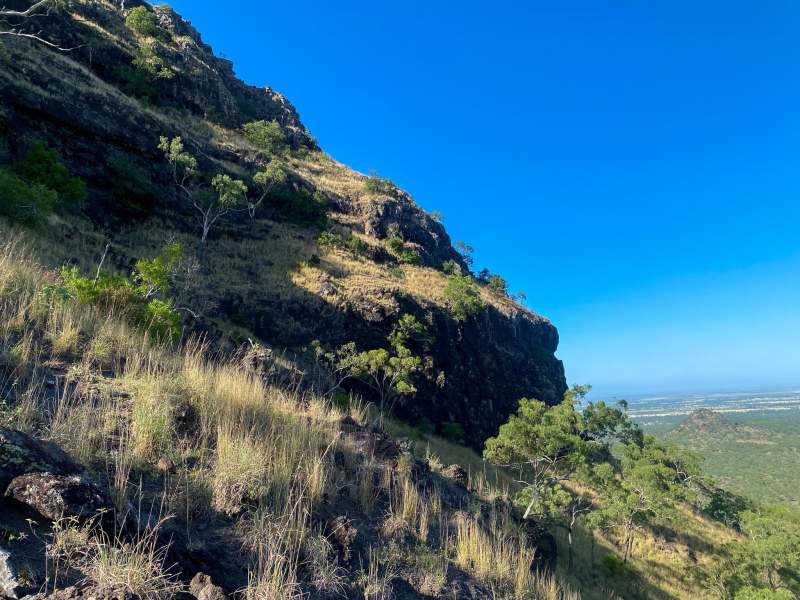 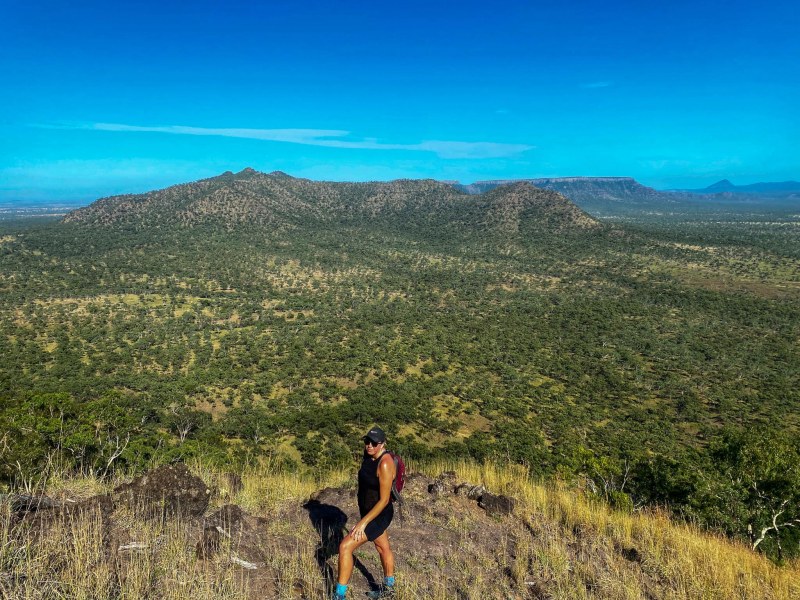 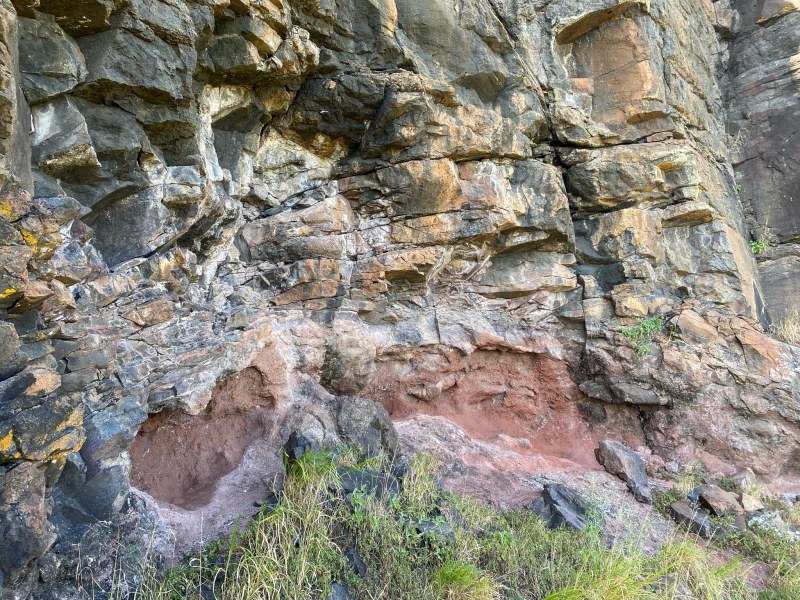 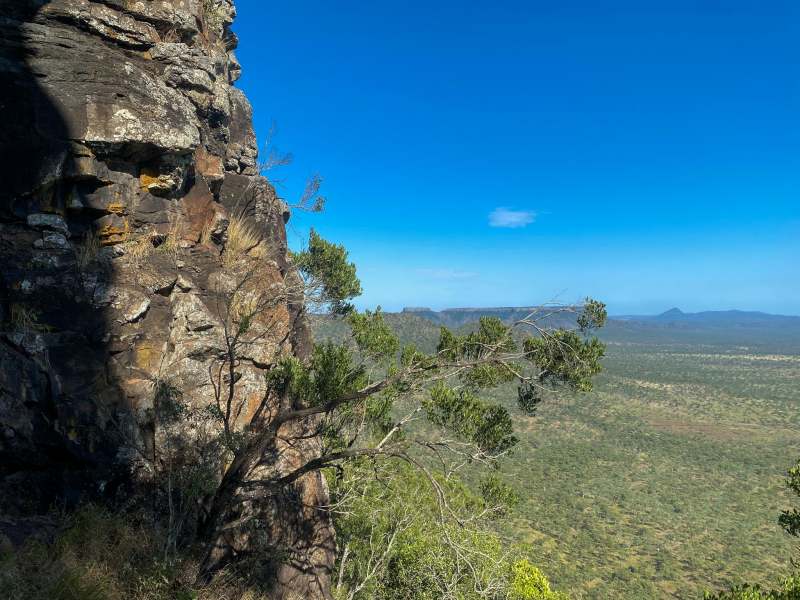 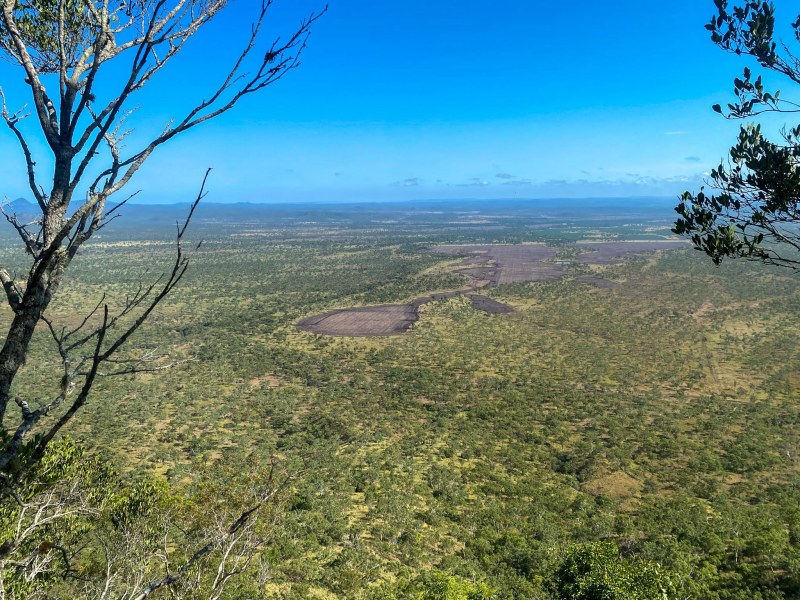 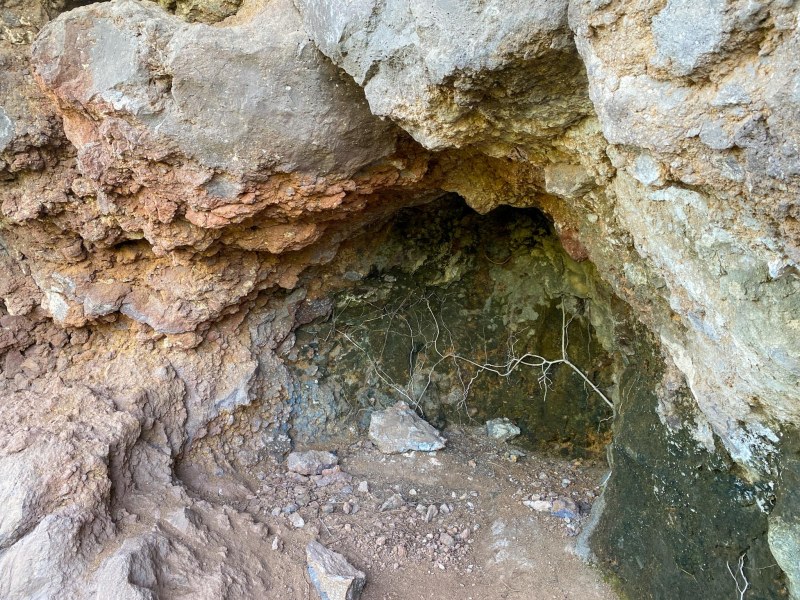 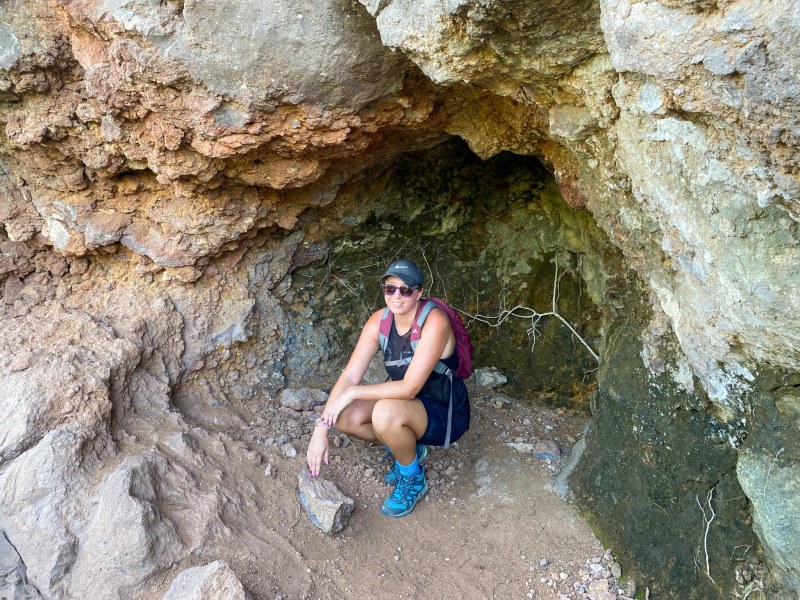 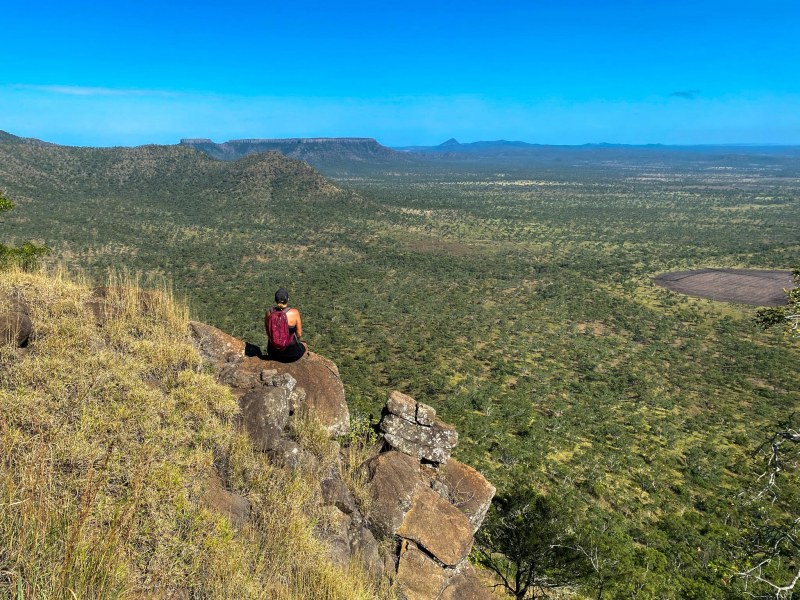 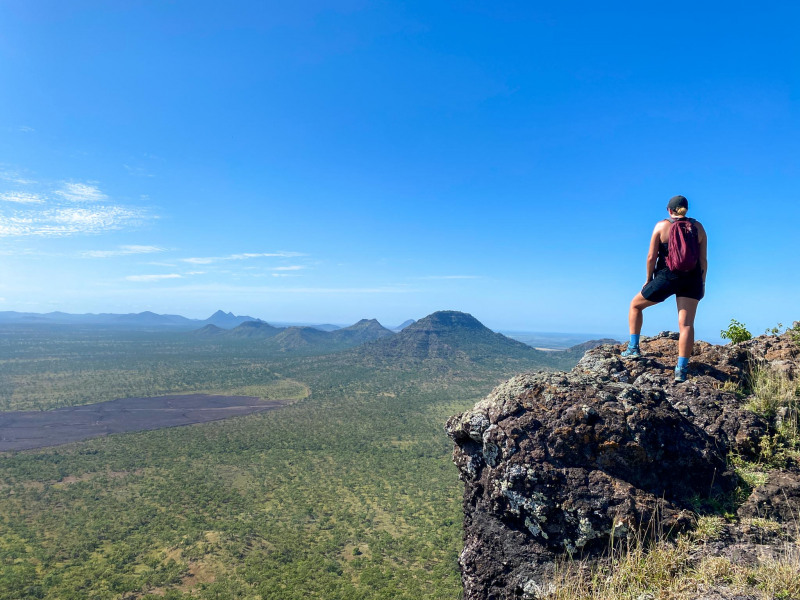 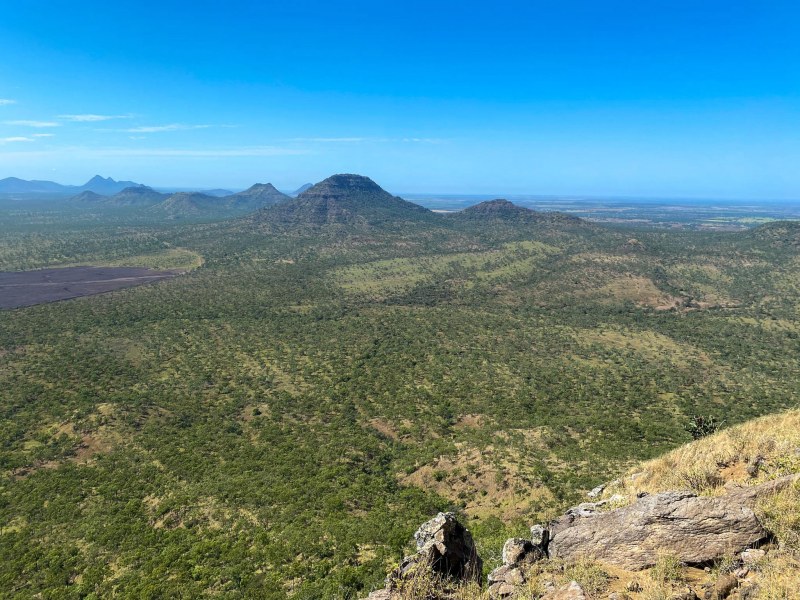 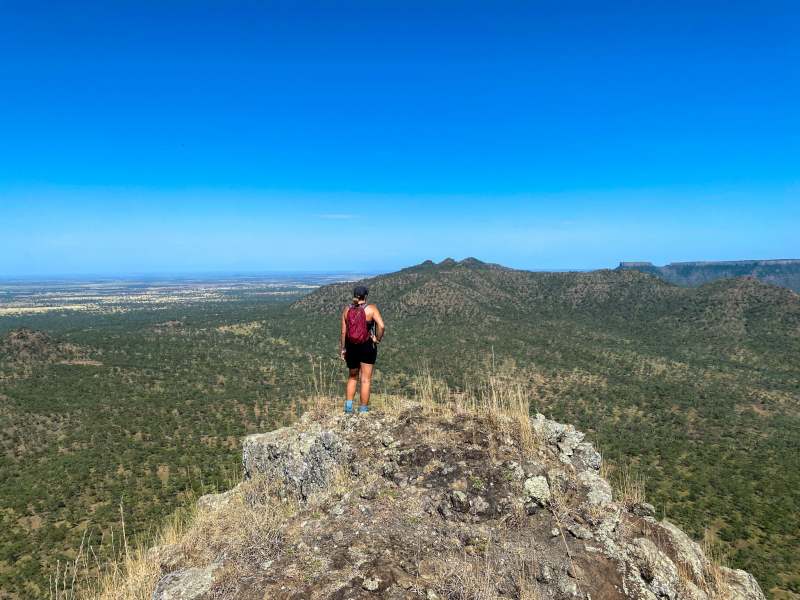 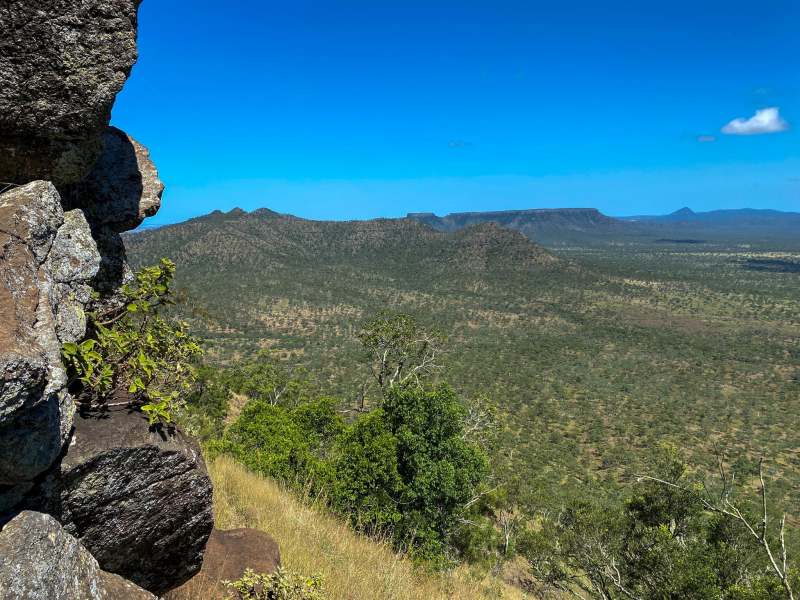 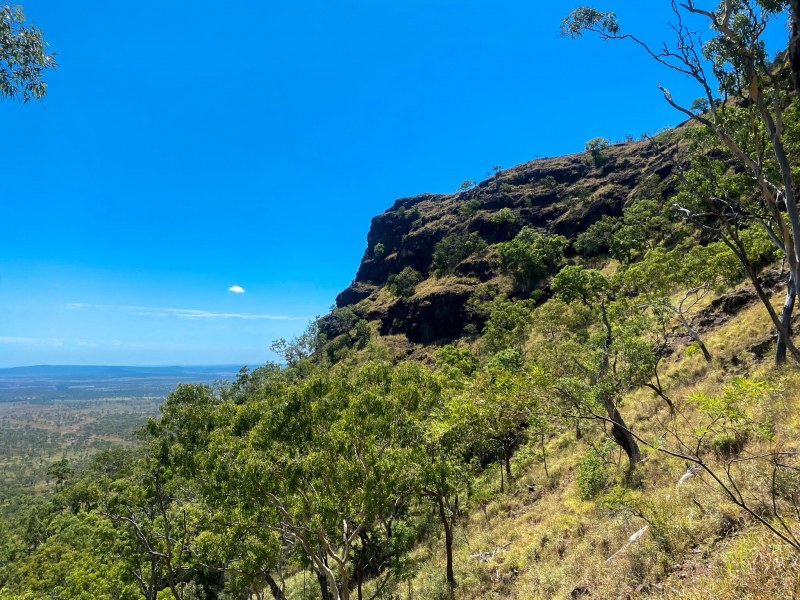 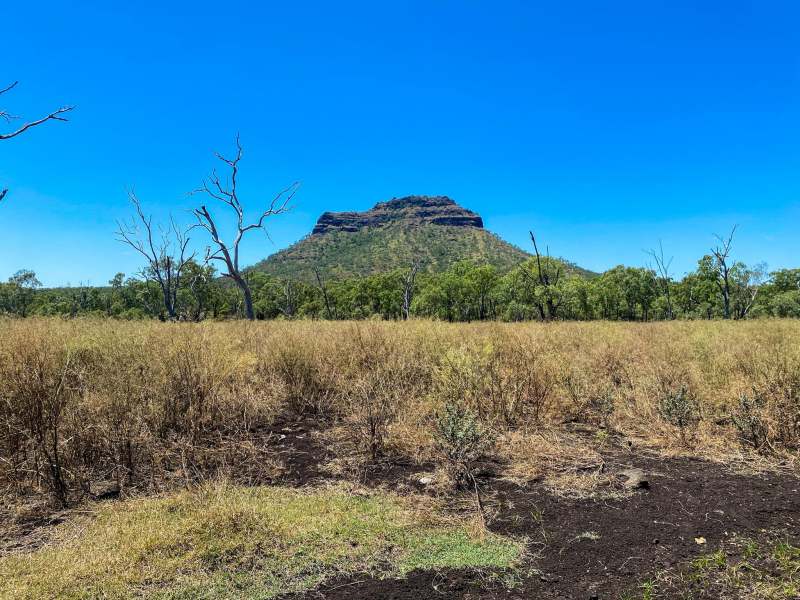 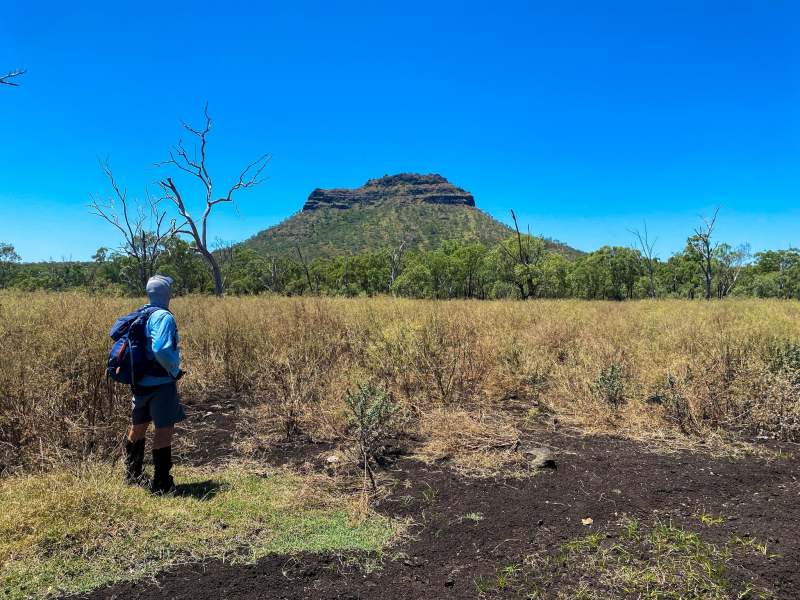 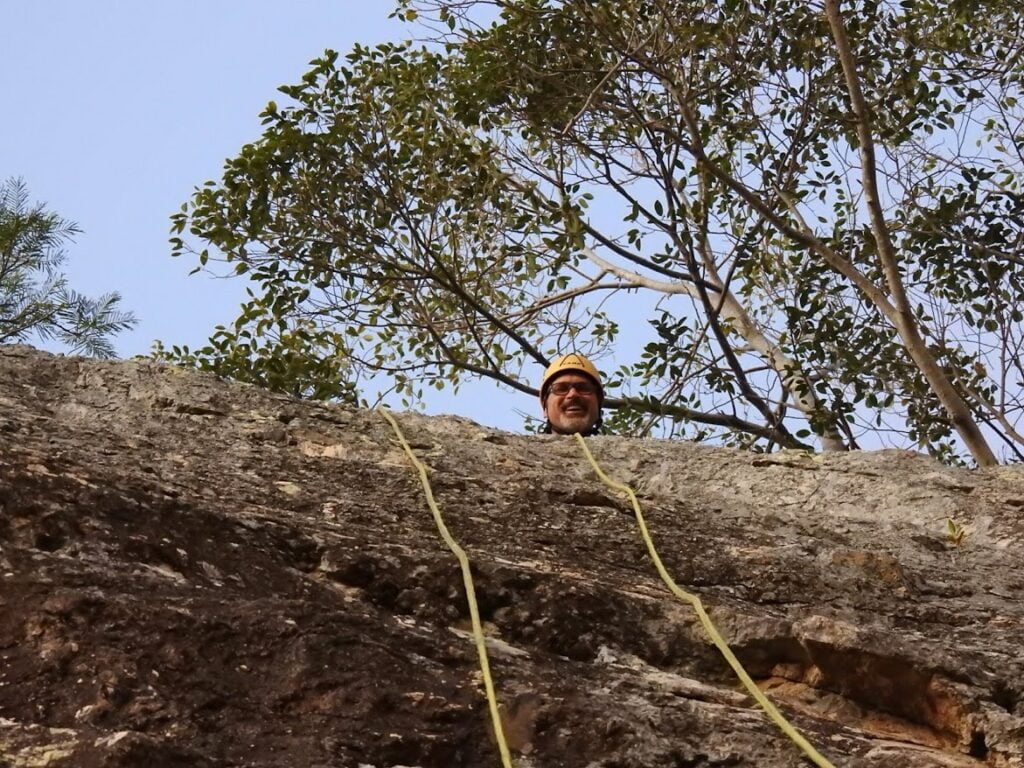