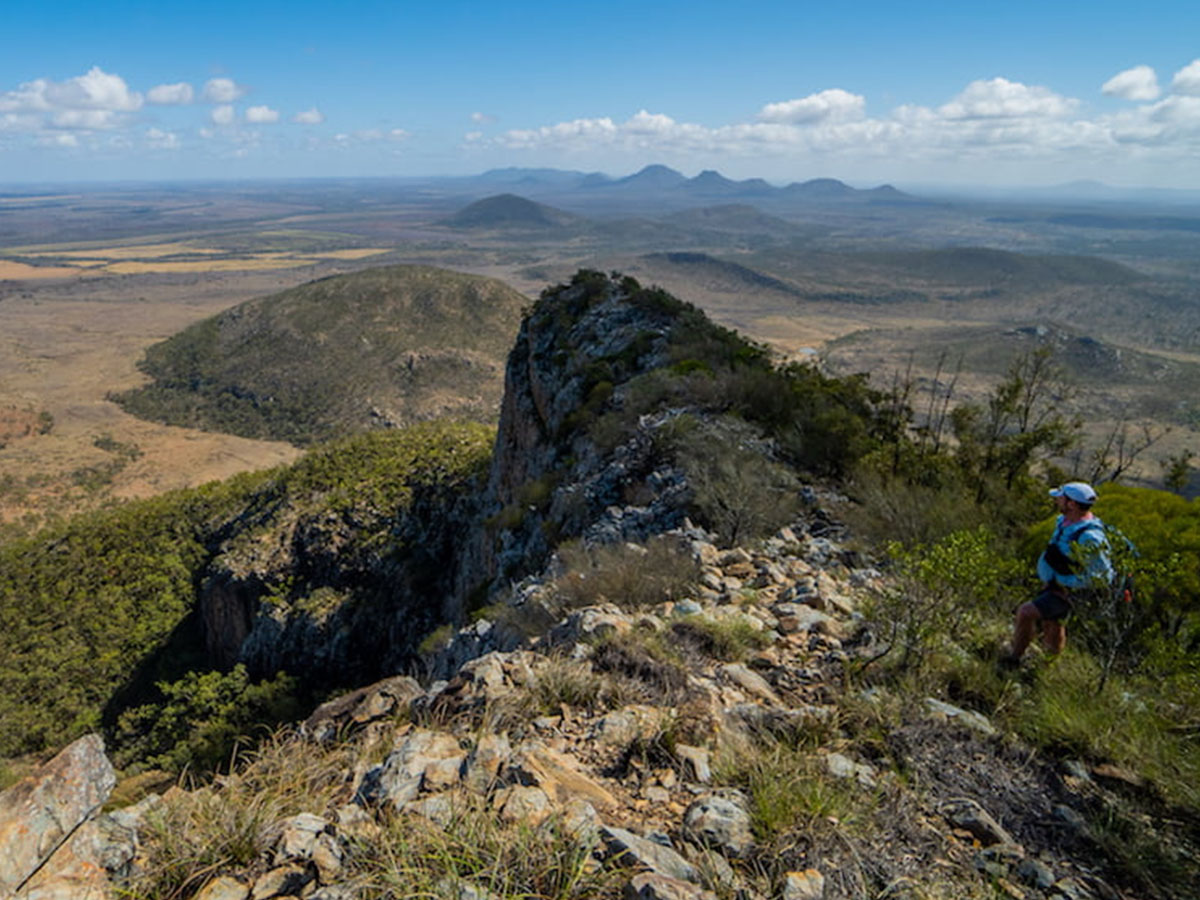 From the base, our goal for this hike was what I assumed to be a rocky “nose” that was an outcropping on a gently sloping dome. I was wrong. This misperception gave me the “wow” moment of the weekend.

The majority of this hike was off-trail, with six hikers hauling themselves up the steep slope. So steep, that my garmin didn’t register us moving for most of the hike as we were going up as opposed to gaining any real distance.

Every time we wanted a little helping hand up the slope, the flora in the most convenient location to grab was the most inconvenient of options, a prickly tree that had thorns along it’s trunk and also spiky leaves.

At the summit, of 717 metres, was a tin with a log book and a bottle of port! According to the tale in the log book, this bottle of port has been on the summit since 2015 when a hiker left it to carry on his father’s tradition of leaving a bottle, which commenced back in 1956. (Hope my memory of that is correct). We left the port unopened, as the final phase of the hike was a little precarious and with a steep descent it may have meant a misstep and roll down the hill home.

Leaving the summit, we made our way to the “nose.” And wow! It was not a “nose” but a thin ridge that remained from a volcanic crater rim, with drop-offs on either side. From the middle of the ridge, we had 270 degree views over the plains and to other peaks in the area.

All the mountains in the area appear to host caves. After the hike we drove around a nearby mountain, checking out the caves for some Aboriginal rock art. We were rewarded for our efforts, but this also gave us a different perspective of Mt MacArthur, and a clear view of the cliffs and that drop-off along the “nose”.

This hike is only accessible via private property and permission must be sought from the landowner for access. 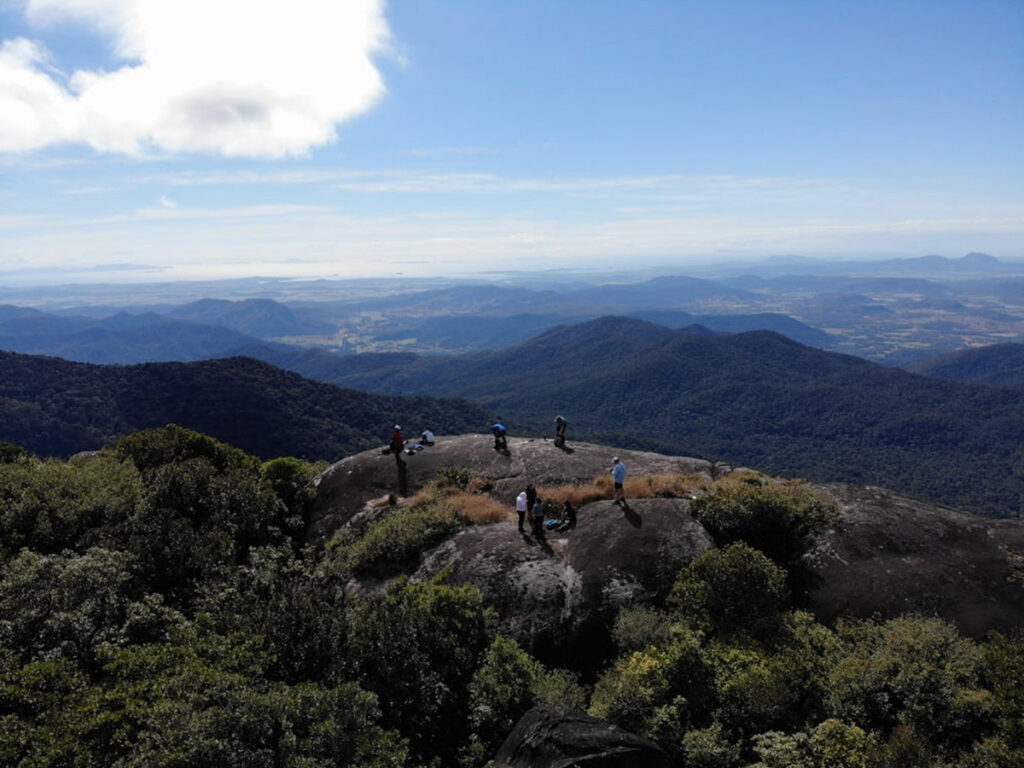 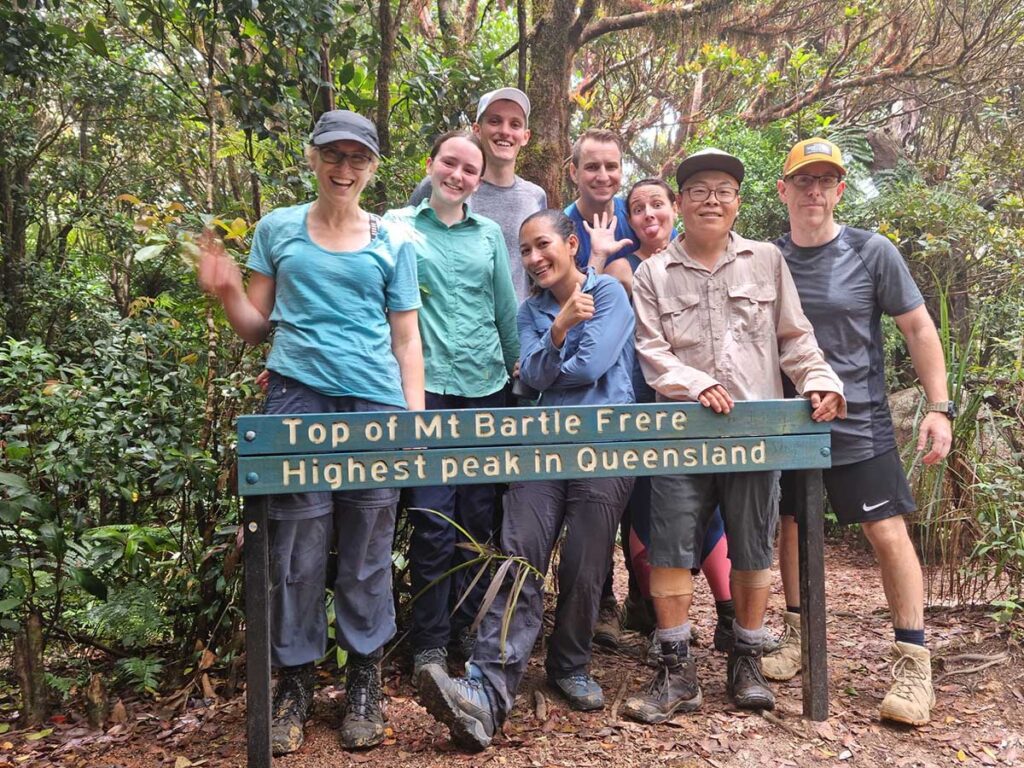 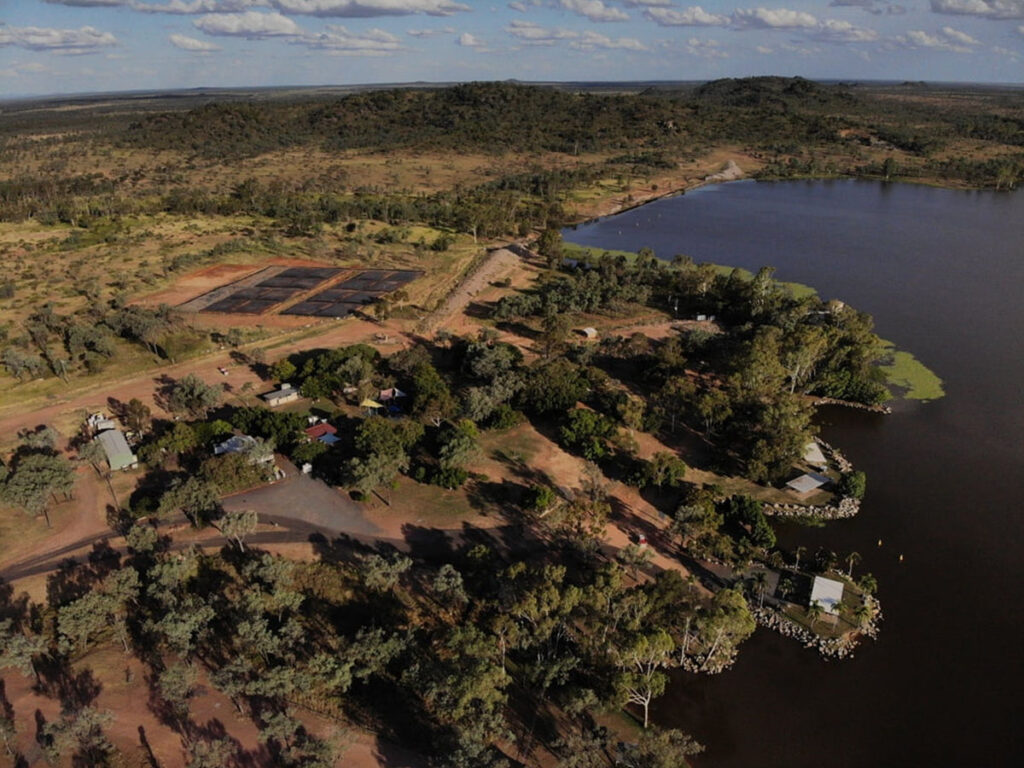