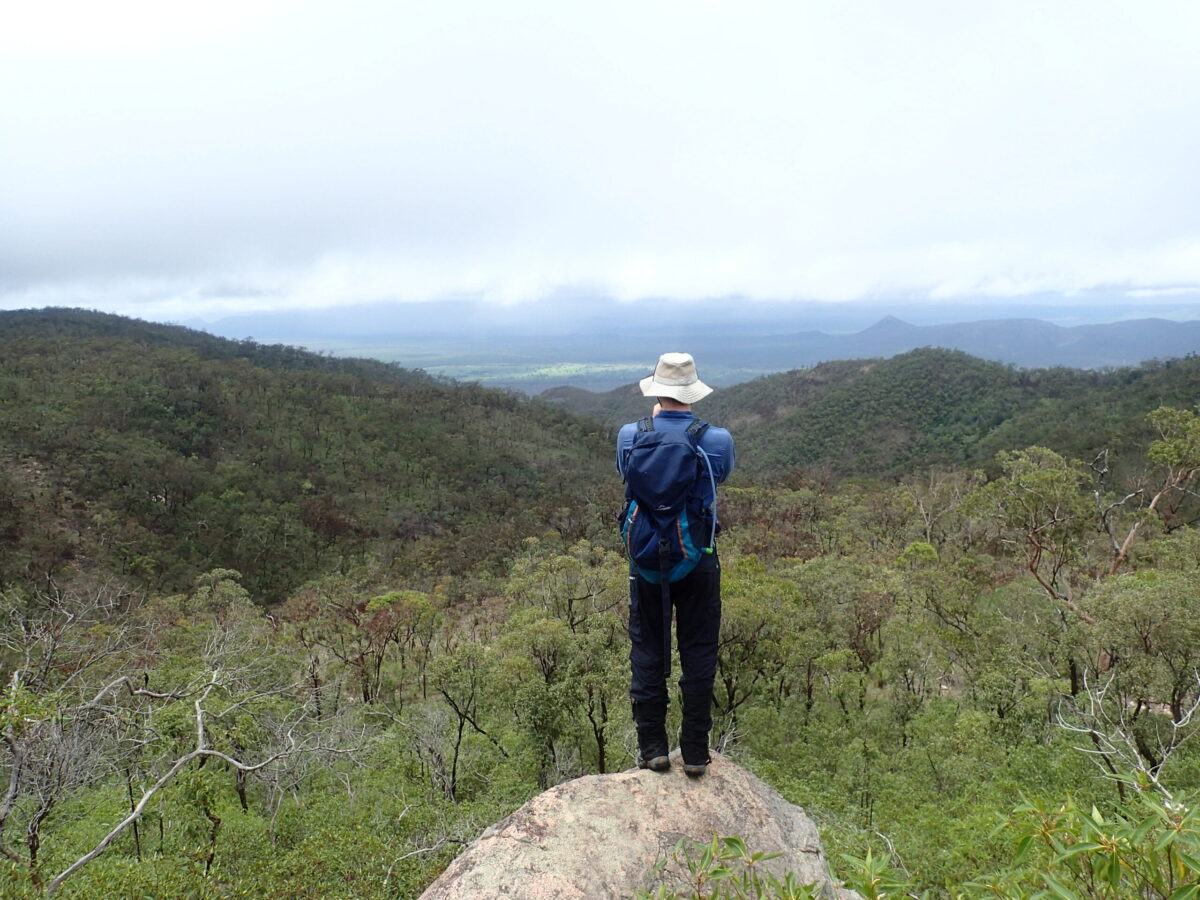 Few have heard of the Mingela State Forest west of Townsville.

Half an hour’s drive will bring you to the doorstep of this natural wonder, a 16km stretch of pristine state forest that is best viewed from elevated sections of Hervey Range and the Pinnacles Range National Park.

On what the average adventurer would call a normal day, hiking the exposed and open Mingela State Forest is a hot and tiring affair, even in the cooler months, as we have found in the past. From most access points, the hiker gains elevation relatively quickly, however once above approximately 500m elevation, the terrain tends to flatten out with the highest point of interest in the state forest, Mount Ellenvale sitting at roughly 680m above sea level.

But, as we found on this adventure, this wasn’t going to be any normal day.

I was joined on this hike by a fellow adventurer Luen Warneke and Mount Ellenvale was our goal, however as we drove west at first light, low cloud and fog was visible over the elevated sections of the state forest and we struggled to make out anything of relevance above a couple of hundred metres elevation.

We set off, cameras ready and looking forward to a break in the weather and witnessing the endless points of interest visible from the 360 degree panoramic views of the surrounding countryside the elevated parts of Mingela State Forest offer – but to cut a long story short, we gladly settled for what I’ll call a ‘thunderstorm and cloud hiking adventure’.

As we made our way to Saint Georges Tree (564m), we found a northward facing rock formation and there was a brief break in the cloud which gave us a glimpse of Bowling Green National Park and the countryside between the state forest and the Ross River Dam and adjacent catchment areas. We were joined by a lone Wedge Tailed Eagle, keen to catch a glimpse of these two soaking wet hikers posing for pics as the showers set in once again.

As we hiked in a general westerly direction, we explored different sections of the state forest and made our way to the summit of Brown Mountain. Luen’s keen eye caught the remains of an old trig point at the summit of Brown Mountain (600m) and the stumps of a couple of trees that had been cut down many moons ago, which may have been used to build the trig point or perhaps may have been part of a camp of some description.

Surprisingly, the summit was marked by an impressive and extravagant rock cairn and the remains of what appeared to be another old trig point.

As we explored the summit area, the winds picked up, the temperature dropped and we were smack bang in the middle of a thunderstorm at 680m elevation, something we certainly had not expected on this adventure!

As we hiked back down in the pouring rain to the start point through low cloud and fog and next to nil visibility at times, I was more than impressed with what we had experienced throughout the day – we even managed a brief break in the clouds and some magnificent views to the south west and south east over Reid River, the Haughton River and adjacent farm land, Mount Sugarloaf (533m) and Mount Prince Charlie (393m)