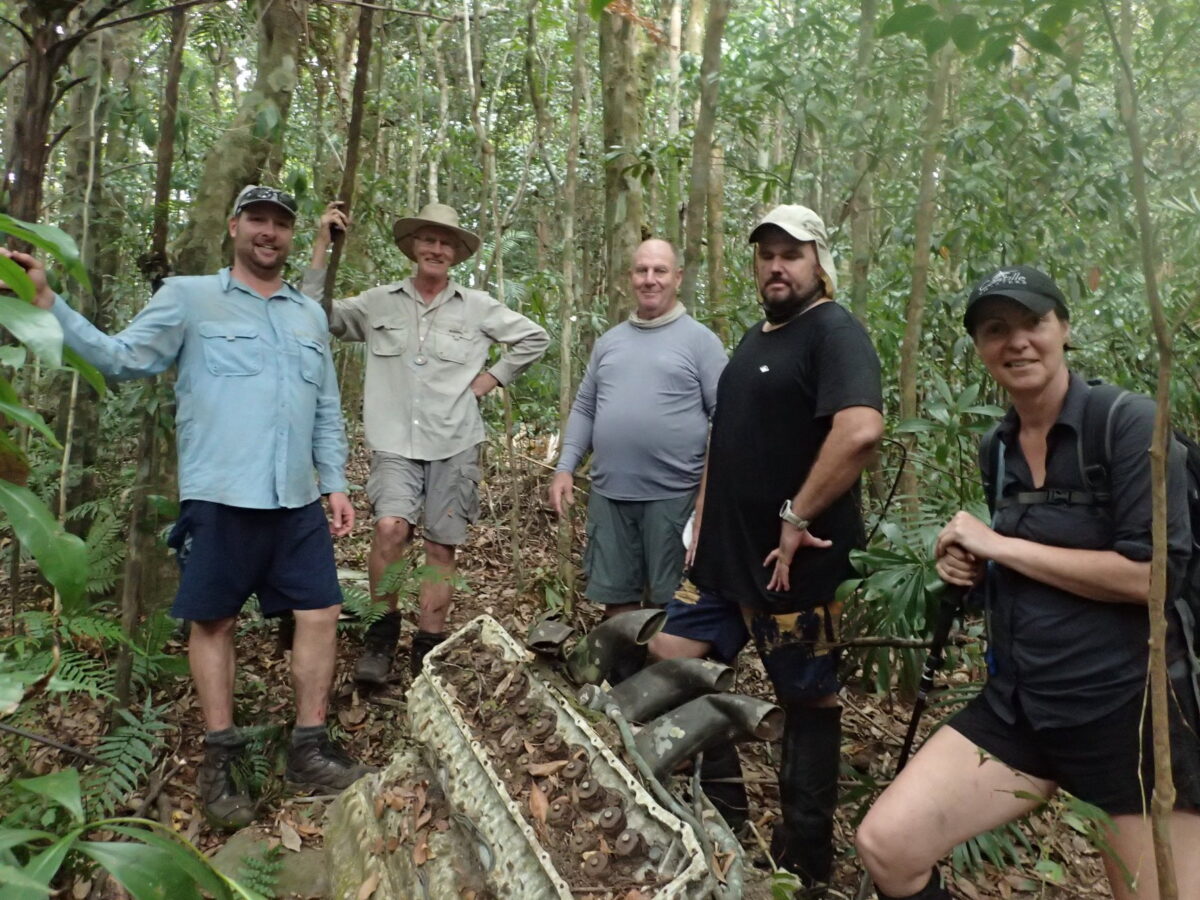 Townsville Hike and Explore re-discovered the wreckage of a RAAF Mosquito Reconnaissance Aircraft near the summit of Saddle Mountain on Boxing Day, 2019.

We pay our respects to the airmen and their families who made the ultimate sacrifice for our nation and way of life.

We will schedule another event in the coming weeks to take a limited number of adventurers up to witness this sombre, but interesting site in the middle of the rainforest.

We were careful not to disturb the site as it’s historical value is of the upmost importance.

The below information has been compiled from newspaper clippings from the time of the crash and www.ozatwar.com

ON TUESDAY 25 MARCH, 1947, a RAAF ‘de Havilland Mosquito’ reconnaissance aircraft A52-607 left Darwin on a flight to Townsville. The crew on board were Flight Lieutenant F. Langford, of Sydney, and Flight Lieutenant G. W. Batzloff, of Biddleston, near Toowoomba.

Tragically, the aircraft never arrived at its destination and was reported missing late that day.

A Local Cromarty resident reported seeing 3 flares near the summit of Saddle Mountain on the afternoon of 25 March.

On Sunday 30 March, The burned-out wreckage was sighted by an Avro Anson making an air search of the area about 100 feet from the peak of Saddle Mountain. Observers in the plane saw no
sign of life or attempts at signalling.

Local Residents and Military Personnel formed search parties, but their efforts were hindered by bad weather and the fact no system of signals between the air and the ground had been established so they could not be directed to the spot where the wreckage was lying.

As soon as news of the discovery was received at Townsville a RAAF station ground search party, under Flying Officer Buchan, who led the earlier search, left Townsville by rail motor for Cromarty.

On arrival at Cromarty they attempted to start the climb; but were forced to return when the weather closed in again and heavy rain and low cloud covered the mountain. “At one time today I must have been within 30 yards of the plane; but could not see it because of the dense jungle country at that point,” said Mr A. Joyce of Cromarty.

The following day, The party reached the plane at 10.30 a.m., and found the bodies of the two airmen.

The Mosquito is believed to have crashed into Saddle Mountain at more than 200 miles an hour. The party found that it had then broken up and burnt. Heavy rain the day of the crash prevented the flames from spreading, but pieces of wreckage were scattered over a wide area.

Trees were ripped out and cut through for more than 150 yards. Mr. Pat. Meehan, of Cromarty, one of the party, said the plane was ‘in a terrible mess, and shattered to pieces.” No part of the plane was intact, he added. It broke up as it ripped through 150 yards of forest.

There is a memorial in Giru’s Lions Brolga Park remembering the crash of this aircraft into Saddle Mountain and a propeller which was recovered from the crash site can be seen at the RAAF Townsville Museum.

WE WANT TO SHARE THIS HIKE WITH YOU ALL, BUT DO NOT WANT these relics and artefacts to fall victim to collectors and trophy hunters and I ask everyone who reads this article to be responsible and respect the importance of future generations being able to visit and appreciate sites such as these.

THERE ARE FEW PLACES like this left to hike and explore that haven’t been pillaged. There is absolutely NO reason to remove anything from any of these sites and I encourage other groups/pages to be selective in who they share details of this hike with in the future. 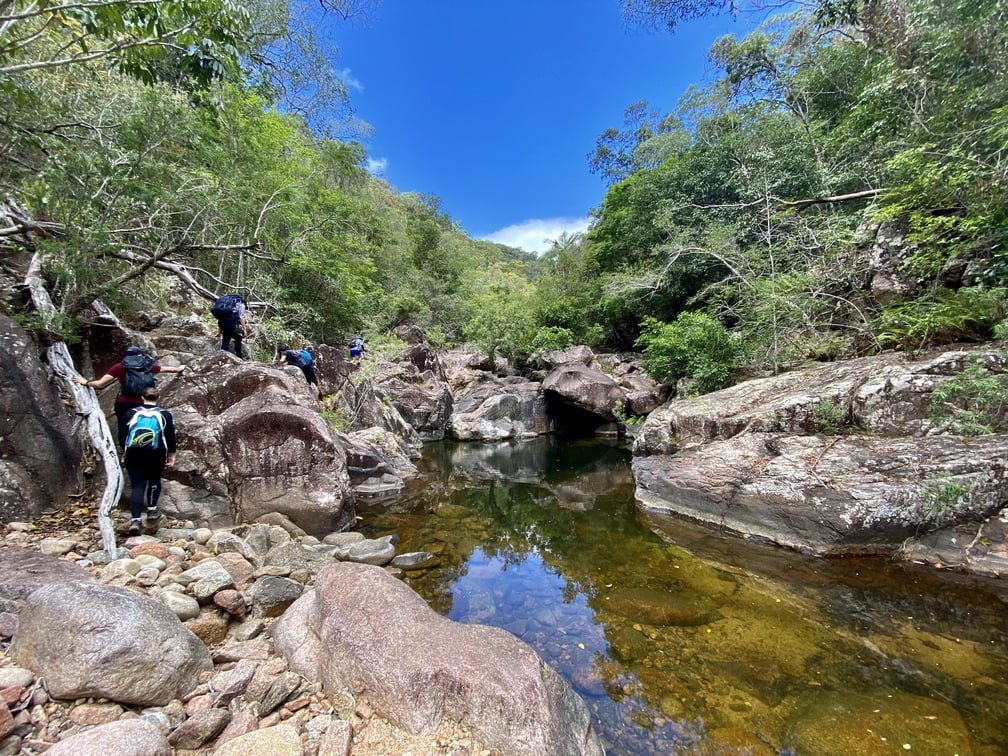 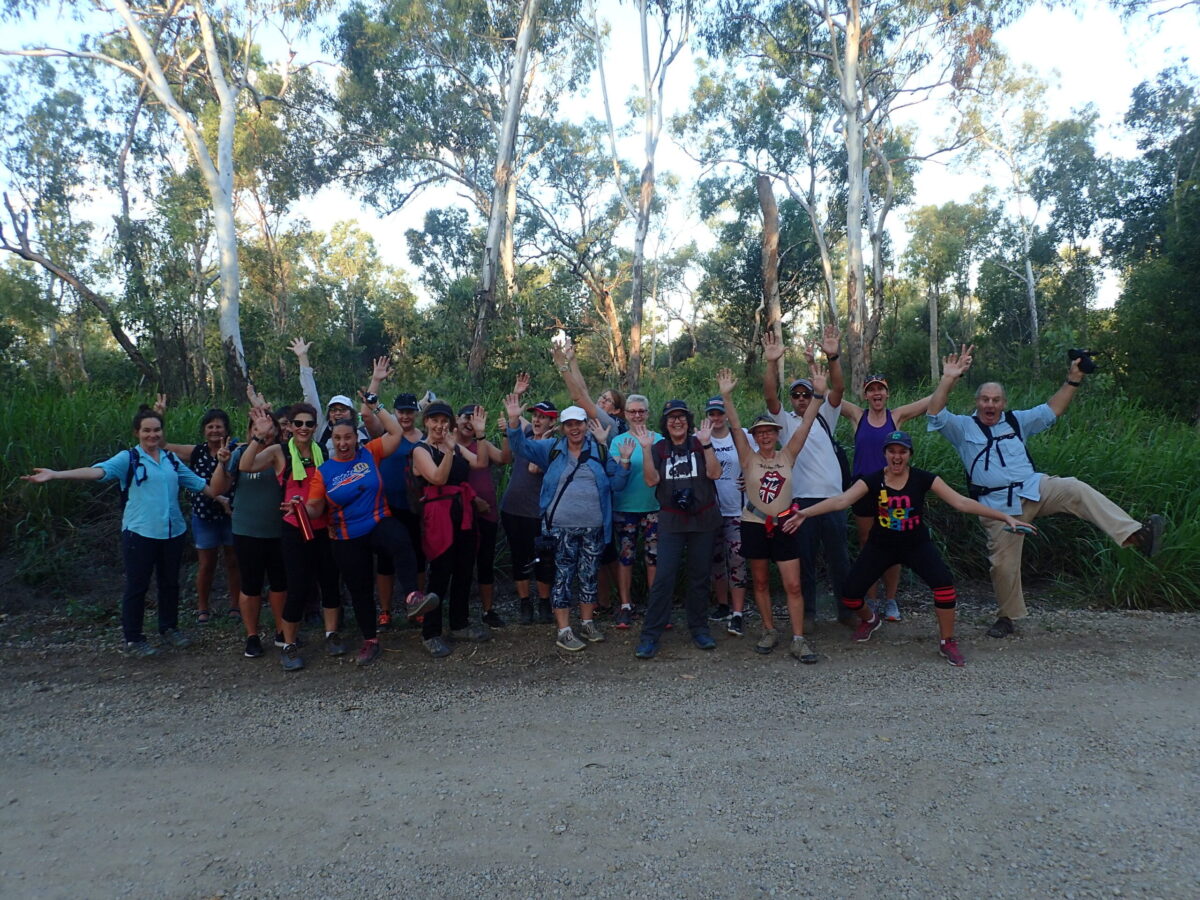