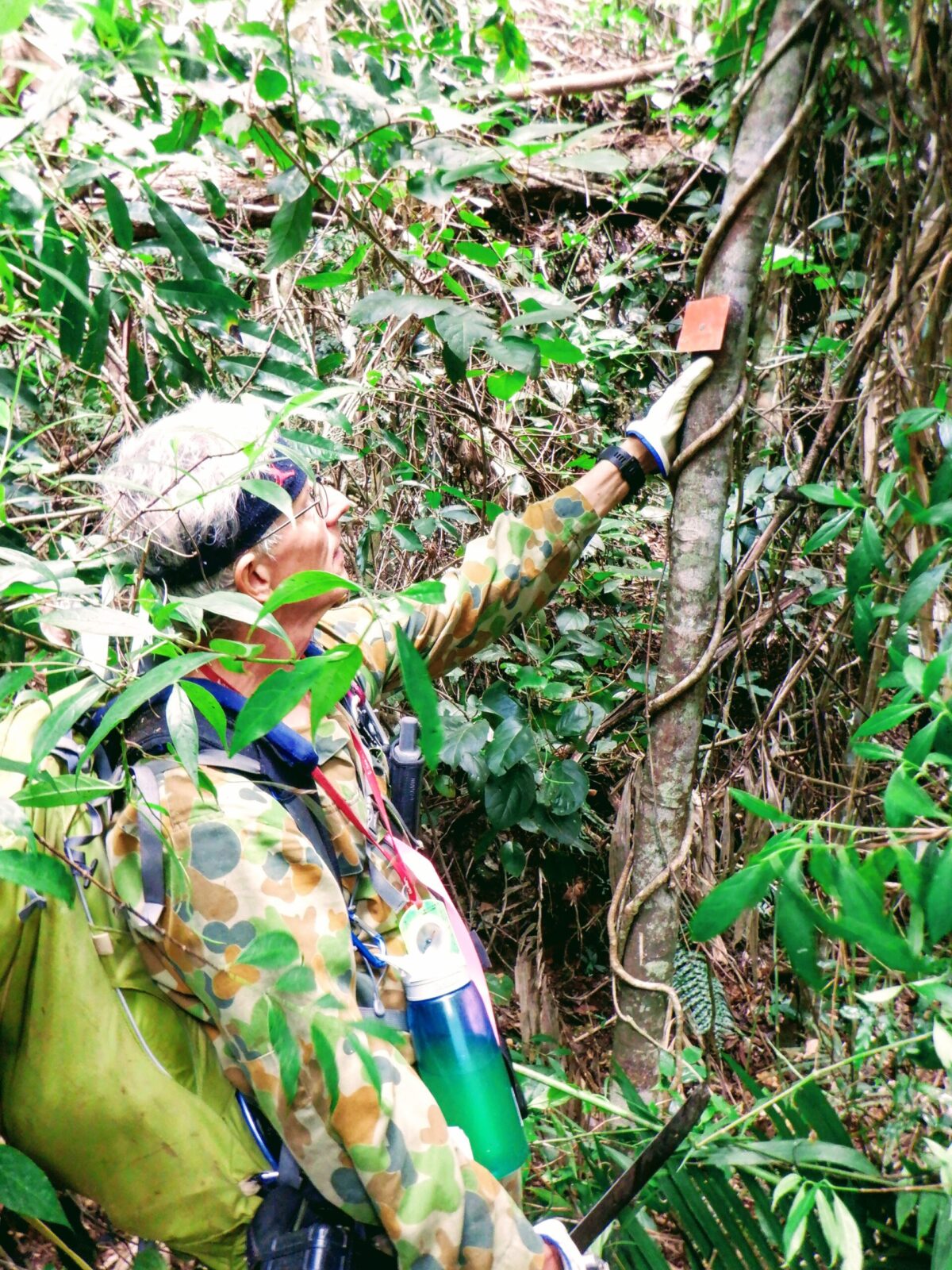 Sitting around the campfire at Rockledge Pool late one Friday evening after hiking in from Rollingstone that afternoon, a small group of adventurers was preparing to be the first to hike and explore an area deep inside the Paluma Range National Park and cut a trail in unchartered territory to link the headwaters of the Rollingstone West Branch (RWB) with the disused and overgrown Paluma/Rollingstone/Bluewater (PRB) track.

**In preparation for this adventure, a short while ago, a small group of Townsville Hikers & Explorers undertook a full day trail maintenance adventure to re-open a section of trail between Rollingstone and a point of interest in the mid reaches of the RWB called Rock Ledge Pool. You can read about that adventure in earlier posts.

This past adventure was step one in a personal goal of mine which is to open a section of the old PRB trail between Ollera Creek & just south of Banana Creek, so our group and others can access and enjoy this magnificent area, its creeklines, tributaries and endless beauty on overnight and two night hiking adventures**

Everything had to line up for us to complete step 2, mainly the weather! The weather can turn at the drop of a hat in the rainforest. Add a heap of elevation and steep, mossy, boulder filled creek lines to the mix and you’re much more likely to have to abandon ship and head home disappointed, as I have a few times in the past.

As we set up camp on the Friday night, we were unsure of what surprises were in store for us the following day…

Heading off early, Mickle took the easy route around Rockledge Pool while I was still waking up and chose to cut a path around the pool, much to Mickle’s delight as he got a head start on us for the day.

We visited the North Tributary Junction which is a sight to see – water tumbling down an impressive waterfall into the Rollingstone West branch (RWB) from the North. We must explore this impressive tributary again on our next visit.

Between the North Tributary Junction and Headband Pool, there are some amazing waterfalls of all shapes and sizes, a couple that require short diversions, however that may not be the case if water levels are lower. As the creek line gains elevation towards the headwaters, it narrows and is nestled among steep, rocky, fern filled gorges in places.

The pink granite creek line that is the RWB in this particular section is a sight to see and would be appreciated by any adventurer lucky enough to visit such a pristine part of our natural environment.

After cutting a diversion around the impressive “Headband Pool”, we made our way onwards and upwards into the headwaters of the RWB. While flow is always visible in the creek line, in some places it appears to go primarily underground. As we climb up the creek line, it appears to change from primarily pink granite to a surprisingly wider, palm filled rocky creek bed.

However, by the time we reach the general area to look at cutting and marking a trail from the creek to the PRB track, the RWB, this mighty watercourse, is no more than a handful of small, silty, narrow streams, with just enough flow to fill up your water bottle.

I’ll mention the ‘silt’ again because this has been notably visible in the headwaters of more than one of our remote National Park watercourses since the flood event last year. In some places, I can literally sink nearly knee deep in the silt, which I believe is a concern as this doesn’t appear normal.

The most important decision on this trip was where exactly we’d leave the headwaters of the RWB and navigate to the PRB. We were prepared for this couple of hundred metres of trail to take us many hours to cut and mark.

We spotted a small, steep, heavily vegetated gully to the south west, with a welcoming 6 foot gympie gympie stinging tree at the entrance and our decision was made. This access option was right up our alley! We exited just as the small stream that becomes the RWB takes a turn to the south and runs parallel to the PRB Track.

I must say I’ve hiked and explored some dense wait a while, lawyer vine filled terrain in the past, but this was some of the best.

We were literally buried in wait a while.

Yasi has certainly done a monstrous amount of damage to areas such as this in the upper reaches of the rainforest. The cyclone, in 2011, bought down the canopy in massive sections, and with it down came the wait a while & lawyer vine which now have grown rapidly and resemble a thick ‘carpet’ on the ‘forest floor’ and ‘understory’ layers of the rainforest.

Due to the elevation, canopy and dense terrain, the best way to navigate and mark a straight trail between two points is to use your electronic GPS device to find a bearing, then switch to the old school compass to maintain that bearing over distance.

We broke out onto the old PRB track, 250 metres south east of “Banana Creek Turnoff”, 1 kilometre south east of “Three Ways” and 2.6 kilometres south of “Circle View Mountain” at 12.30pm. I noticed what appeared to be narrow flat section amongst the dense, overgrown forest floor and there it was, visible by the slightly raised ‘bulldozed edges’, evidence of the machinery that was used to build the track in the 1960’s/70’s.

**The last time the PRB was hiked from end to end (Paluma to Halifax) was by Trevor Cheeseman in August 2010. The first time the PRB was hiked from Paluma to Mount Halifax was in May 2010 by Michael Mohring, Trevor Cheeseman, Julie Hardy, Greg Longson & Stephen Donaldson. This trip took 5 nights and camps were at Fruit Salad Spring, Near Three ways, Banana Creek T/O, Camp Bacon and Mount Halifax. The PRB (Paluma to Halifax) Trail was started in July 2007 and finished in December 2009**

We spent some time exploring and cutting a section of the PRB track to within a stone throw of the Banana Creek T/O. We also came across some of the old trail markers, still clearly visible. It was a surreal experience, and “Jurassic Park like’ to come across this overgrown road in the middle of the rainforest and picture how busy it would have been back when it was in use.

Part of reducing risk and ensuring remote adventures such as this one go to plan is having a proper, organised trip plan in place. In the background, we aim to be at certain points at certain times of the day, and night in this case. We worked out we had to leave no later than 1.30pm to be back at the campsite by dark, so after a satellite phone check by Mickle to ensure Rhett had got back ok earlier that morning, we headed back!

The walk back was another adventure in itself. We tidied up the newly cut trail and admired the RWB all over again, this time coming down, not up the creek! It’s amazing how different a creek line looks when heading in the opposite direction at times, as you very rarely spend much time looking back when you’re hiking upstream.

We reached Rockledge Pool just on dark and cooked up a celebratory feast of snags, tomato and other delights on Mickle’s pan. After hiking close to 20km for the day, we both had an early night, not before a dip in the icy cold water of Rockledge Pool! When I say icy cold, let me assure you that the water was that cold, it can burn your skin and I was out in a matter of seconds! The full moon lit up the campsite and through the canopy, we were treated to a star filled, rainforest night sky.

The weather had been kind to us Friday and Saturday, however that wasn’t to be the case walking out Sunday. Down it came – drizzle at first and light showers all the way from Rockledge Pool to the start point. In a way though, I was glad it hadn’t rained on the Saturday and we could accomplish our goal of reaching the PRB. It was a slow and careful trip back. These creek lines are treacherous after the slightest shower. Even a heavy morning or evening dew can slow the adventurer down to a snail’s pace.

Another Townsville Hike and Explore adventure done and dusted and mission accomplished. Stay tuned for our next PRB trail maintenance adventure!

Some notable flora and fauna we came across on this trip included: 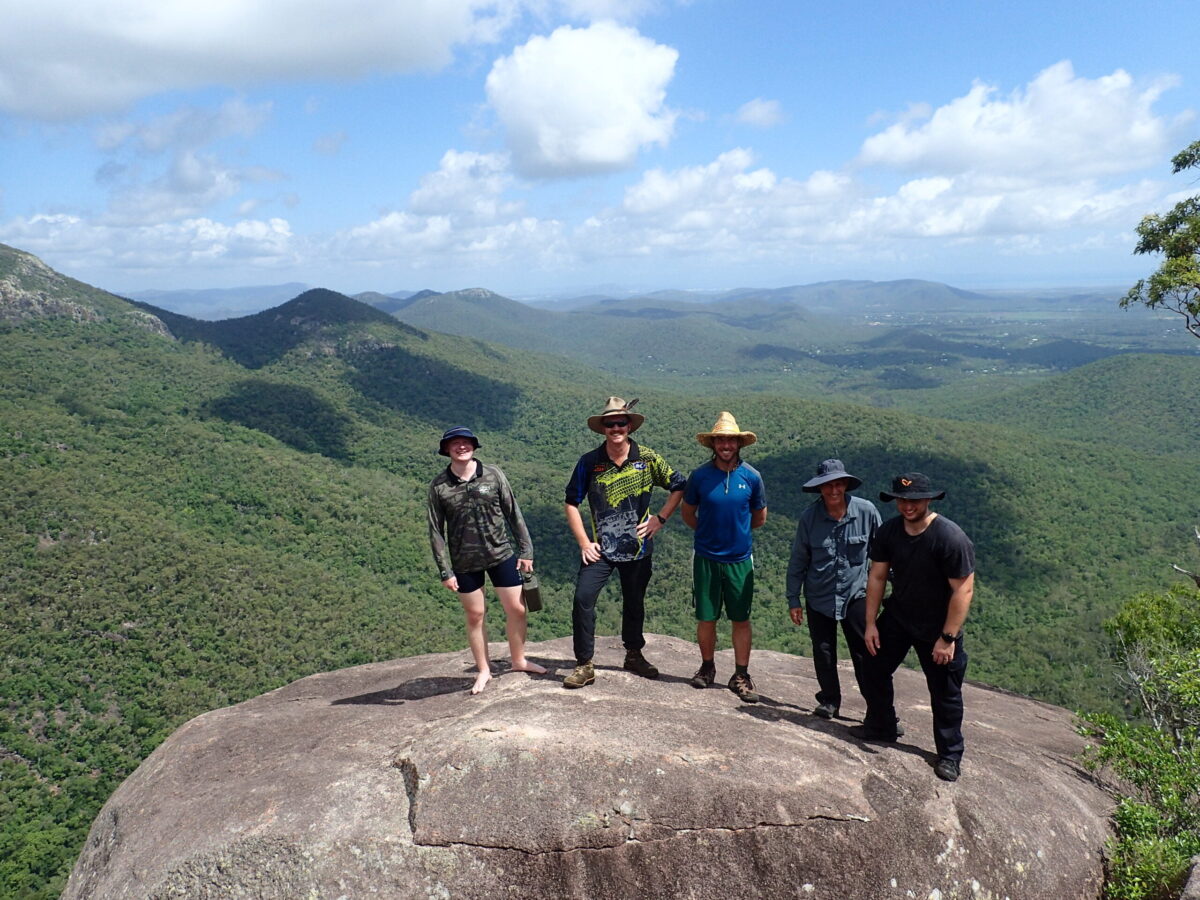 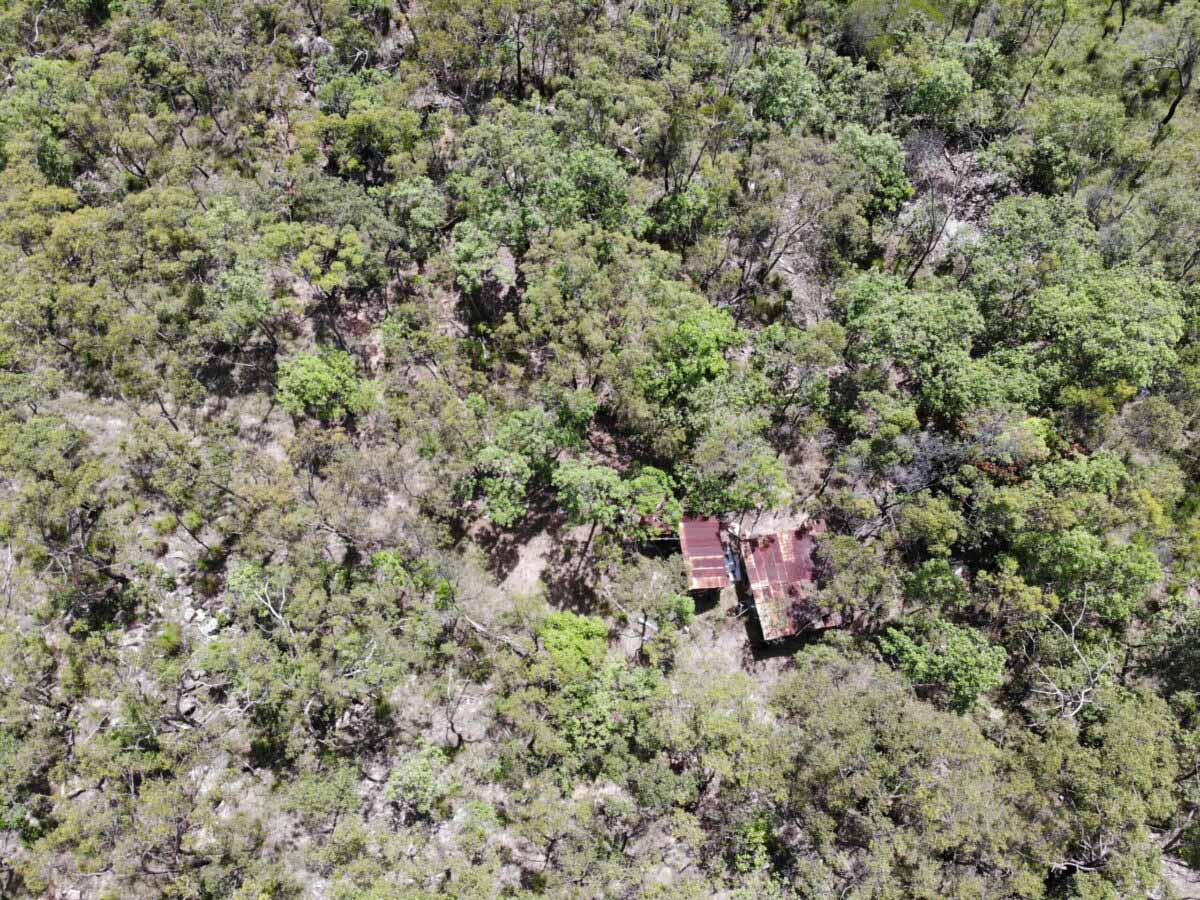