Most Townsvilleans have been to Paluma and Jourama Falls many times but few realise that you can actually walk between the two.  Thanks to the efforts of Wilfred Karnoll and friends, a track connecting the two was cleared over 2018-19 and is quite doable as a day hike.  Best of all, the track includes a detour to the recently discovered Black Hole on upper Waterview Creek, fast becoming one of Townsville’s must see aquatic wonders.  Last weekend, 16 Tsv Hike and Explore adventurers put this track to the test.

We assembled in the Jourama Falls carpark in the pre-dawn, a series of small grass fires on the hills above illuminating an orange glow.  After confirming these were not in our intended path, we car-pooled for the >1hr drive up the mountain to Paluma Dam.  Following introductions and group photos, we departed around 0800hrs, with the temp still ~ 7C.

After crossing Paluma Dam wall (0.5km), the trail follows the road for another 3km.  About 150m after crossing Benham’s Creek (flowing), the unmarked but otherwise reasonably obvious track starts off to the right side.  Although the forest is reclaiming the margins of this old forestry road, the track still retains a decent width.  In places, evidence of old road clearing operations can still be seen, as can cartridge cases from its former usage for military training.

After 6.5km, we crossed Station Creek (flowing).  Here, you can see remnants of old mining operations and there is a nice cleared campsite 100m before the creek off the left side of the track.  The track veers right immediately after crossing Station Creek and from here on, is more like single track.

Another 2km further on, we catch our first limited glimpse through the forest, of the coastal plains in the distance.  The track has a gentle gradient, losing very little elevation since leaving the dam, but at ~11.4km, we started descending steeply over the next 800m until reaching the junction with the Black Hole track.  This junction has a steel post (#44) and directional dial as a marker, amidst moss-covered rocks and logs – a worthy lunch stop.  From here down to Jourama Falls, the track is clear, obvious and abundantly marked with pink flagging tape.  However, our plan is to detour the steep 1.2km descent, also clear and well marked with pink tape, to the mysterious Black Hole.  The detour track to the Black Hole is the most challenging section of the days hike and the group takes 1hr to cover the 1.2km.  Glimpses of the Black Hole waterfall can be seen from halfway along the track, heightening the anticipation for most of the group who haven’t experienced this sight before and don’t know what to expect, before breaking out of the forest virtually at the Black Hole itself.

The Black Hole has been measured to 22m depth and that was not at its deepest point.  Bec didn’t hesitate to swim across to the waterfall.  Seeing this, our erstwhile leader Michael jumped in without testing the water temp, resulting in much shrieking, a frantic return to the rocks and probably the shortest swim in Tsv Hike and Explore history.  After that performance, only one other explorer braved the cold water.  Fortunately, the sight alone is majestic enough to justify the effort of getting there.  Whilst we waited, absorbing the captivating ambience, Ulysses blue butterflies performed their aerial dance against the backdrop of the falls and gorge walls.

Whilst the rest of the group rock-hopped the creek 2hrs downstream to Jourama Falls, I hiked back up to the junction to follow the track for 2km, gradually climbing but then descending steeply to Waterview Creek, emerging just upstream of Jourama Falls.  Here we all met again to take in the vistas from above the falls where you can see across the Ingham coastal plains in the distance.  The edge of the falls are best approached along the left bank (when facing downstream).

After a bevy of epic view selfies, we began the final leg to the cars.  No longer in rainforest, the track initially climbs steeply, before a long descent on a rough track through open woodland and long grass to the National Park carpark.  Burnt grass at the peak of the track still smouldered from the morning fires.  The steep descent down to the Jourama Falls National Park lookout has recently been assisted by the placement of a rope and a few basic steps in the steepest section, just above the balancing rock.  From the falls lookout, the remaining 500m to the cars was easy, allowing us to finish strongly.  We started the day just as the sun rose and finished just as it set – well timed.

Fortunately the day was captured in stills by the talents of Wes Graffin – check out his previous photographic album on this page.

From Paluma Dam to Jourama Falls carpark, I measured the track at 17.2kms, plus a 2.5km return detour for the Black Hole.  Travel times were 4.5hrs from Paluma Dam to the Black Hole junction + 1hr to Jourama Falls and another hour down to the carpark.  The Black Hole detour is another 1hr each way, though likely faster with a smaller group.  The tracks are not signed at all.  However, with recent maintenance efforts evident, they are readily followed throughout its length.  Pink tape is common past the Black Hole junction.  However, given the remoteness and lack of signage, only hikers experienced in wayfinding and GPS navigation should attempt this hike.  A map of the trail can be found on the Walking Tracks page of the Paluma website http://paluma.org/attractions/walking-tracks

Basic distances are indicated below, starting from the Paluma Dam day visitor carpark adjacent to the dam wall (~900m altitude). 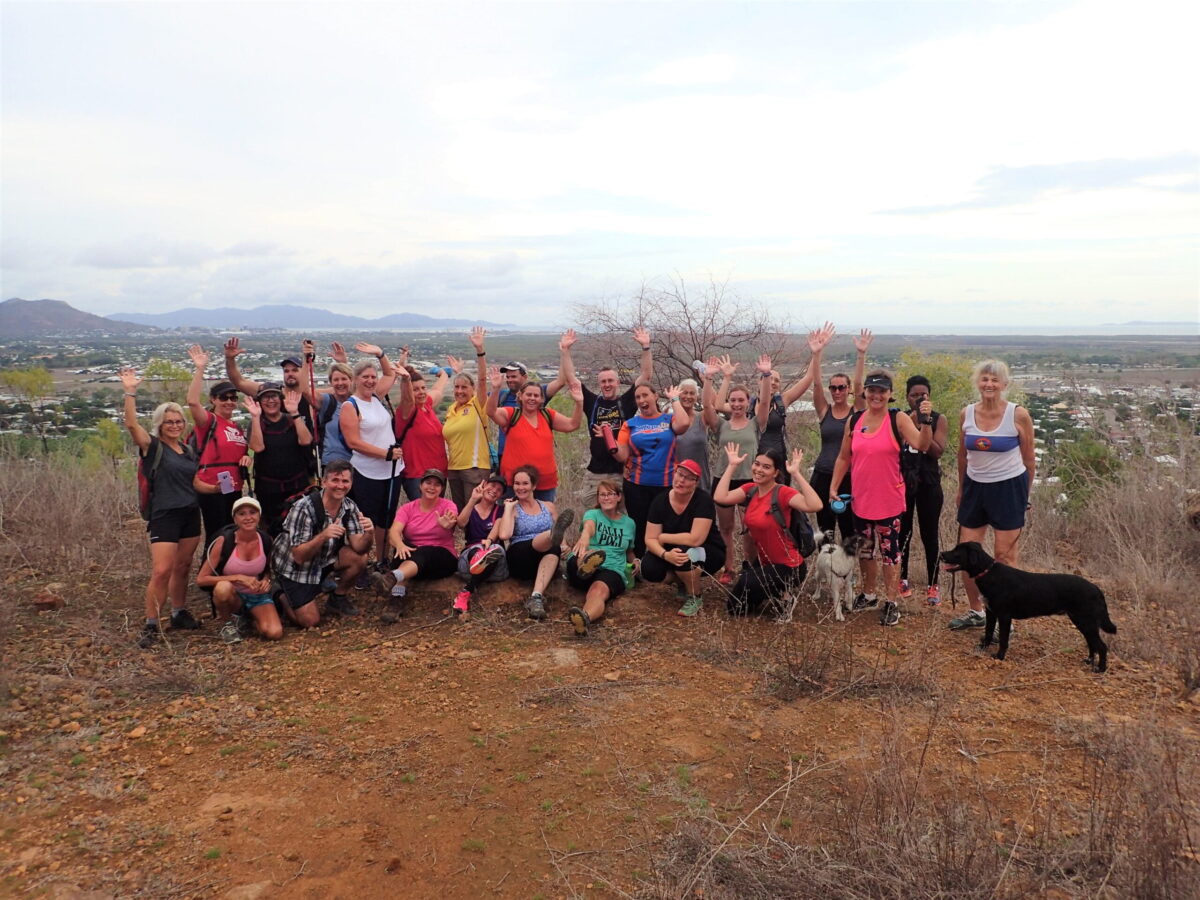