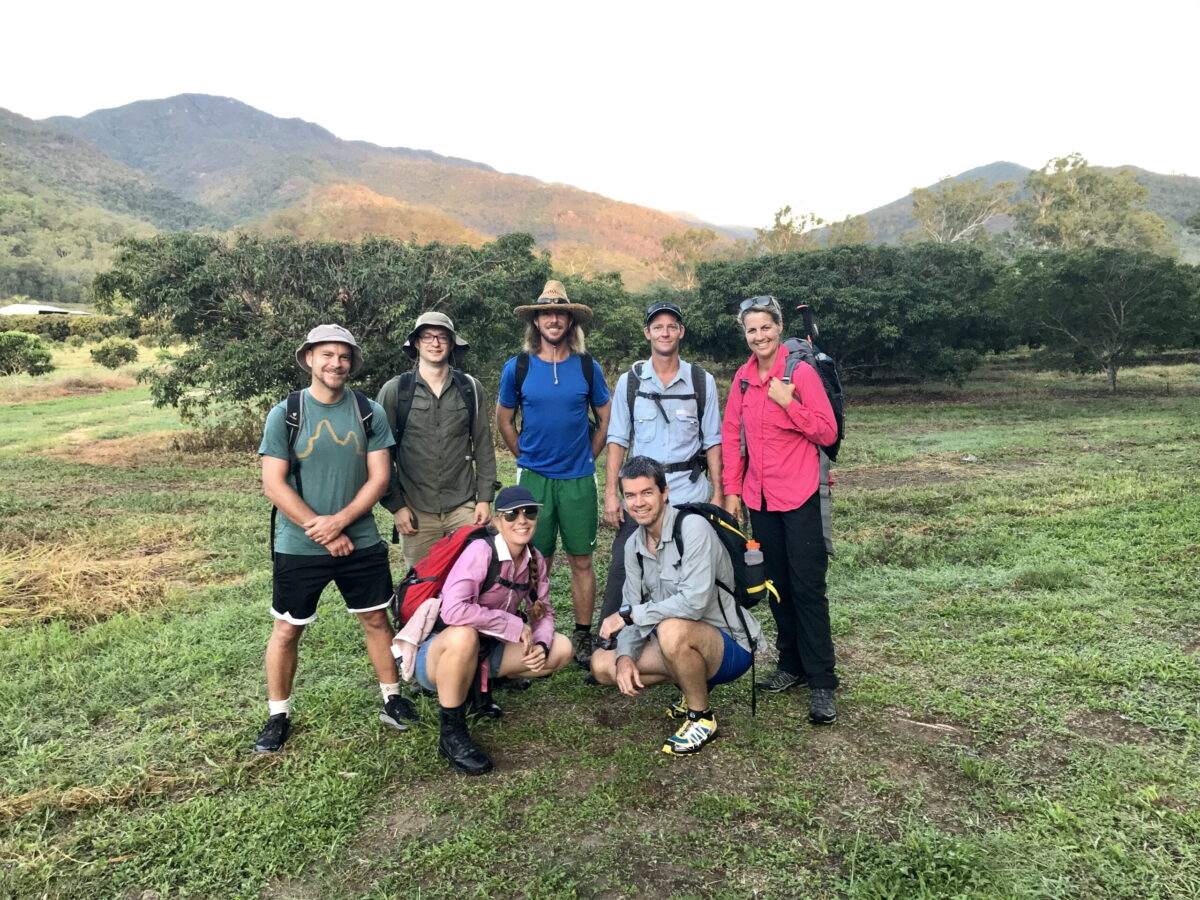 Thomas Edward Andrews, born in 1848 in Wicklow, Ireland, was known as “Bullocky Tom”. He was a mail contractor in 1887, then a butcher and fresh meat packer. Bullocky Tom realised the potential of numerous prospectors heading to the rich alluvial tin fields near Mount Spec, Hidden Valley and Kangaroo Hills. He cut a pack track up the southern slopes of Mount Leach from his property at the junction of Big and Little Saltwater Creeks (now known as Crystal Creeks) to the top of the Paluma Range. “Bullocky Tom” became a figure of local folklore and his legacy lives on through the numerous points of interest named after him in the Paluma Range National Park, one of which is Bullocky Tom’s Track which the Townsville Hike and Explore Group visits regularly, the other “Bullocky Tom’s” Creek, one of the lesser known and visited creek lines in the National Park.

Townsville Hike and Explore loves a good creek line hiking, exploring and rock-hopping adventure all year round, and on a warm and humid Saturday in February, that’s exactly what we were in for!

This adventure is a “Townsville Hike and Explore First” as this hike has not been documented in its entirety, and as 2020 progresses, keep an eye out for similar group adventures and hikes that have not been documented previously as we hike and explore new areas and design trails and adventures in remote and rarely visited locations.

Walking in to the creek line from the starting point, I was eager to see the water level after the recent deluge and had been told that the creek may be too high to safely make our way into the upper reaches. We were pleasantly surprised to see a good flow in the creek; however, the level had clearly dropped considerably in the recent days so we set off!

I’m a sucker for a beautiful creek line and let me assure you, Bullocky Tom’s Creek is one of the best.

Rock hopping through the lower sections of the creek where it is quite wide and the banks are quite low and relatively lightly vegetated meant we took minimal diversions and when we did, there was little effort involved scrambling up and along the creek bank. There are numerous flat rocky formations close to the creek line in the lower sections which would be perfect to set up a camp for the evening by the water.

We made our way past the famous Rhett and Damo falls, the higher than usual water level meaning we pack swam through one of the narrow gorges with steep cliffs on both sides that would have taken hours to hike around otherwise.

Bullocky Tom’s Creek Runs in a general south easterly direction from top to bottom. As we hiked in a general north westerly direction and gained elevation, we made our way into the mid-section of the creek. We were treated to some spectacular sights. Waterfalls you’d have to see to believe, in places approximately 50-70 metres high showering crystal clear rainforest water into the creek from both sides.

In a couple of places, we went ‘underground’, scrambling underneath and in-between huge boulder formations, assisting each other through some particularly tight spots!

By mid-afternoon, the creek had narrowed, and we were now hiking into the upper reaches of the creek and dense rainforest. By this time, this massive boulder filled creek line was no more than 5-10 metres wide and entirely covered and surrounded by the dense rainforest canopy and understorey.

We came across some areas with significant, recent storm damage where the canopy had been completely knocked out and huge trees had come down, bringing down the surrounding understorey and allowing the sun to penetrate the otherwise damp and dark cryptoshere.

A couple of late afternoon showers slowed the pace a little and bought out the leeches in force, but we soldiered on and broke out of the rainforest onto the Bambaroo Track in the late afternoon.

After a quick break, we continued on down the Bambaroo Track for approximately 7.5km to the end point – yes, it was a long, gruelling walk out after a massive day of hiking and exploring, but it was an experience I’m sure we’ll all relish for a long time!

For those of you that share our passion of hiking and exploring the outdoors and remote places, you will be able to relate when I tell you how much of a thrill it is to hike a creek line such as Bullocky Toms Creek from the lower reaches where the creek is a wide, boulder filled, fast flowing creek all the way to the upper reaches where the creek is no more than a few metres wide and ankle deep. The most extraordinary part of a creek line such as this, in my opinion, is seeing where it all begins and where the creek is formed – with endless streams flowing in together from all directions to form what will be an impressive watercourse further downstream.

Some of the flora and fauna we came across during the day included:

Calamus australis (wait a while)

This adventure was a group effort; another classic Townsville Hike and Explore adventure with a group of epic adventurers!

We will be looking forward to visiting Bullocky Tom’s Creek in the future and sharing the experience with other group members – let me assure you that you won’t be disappointed in what this beautiful and majestical creek deep inside the Paluma Range National Park has to offer. 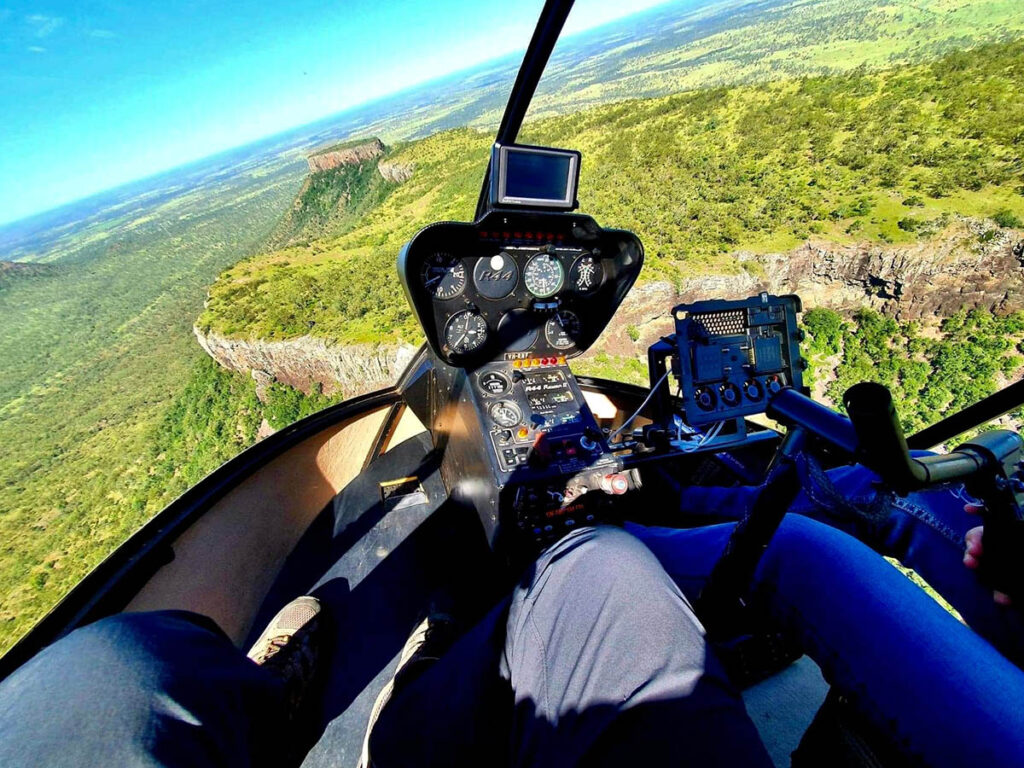