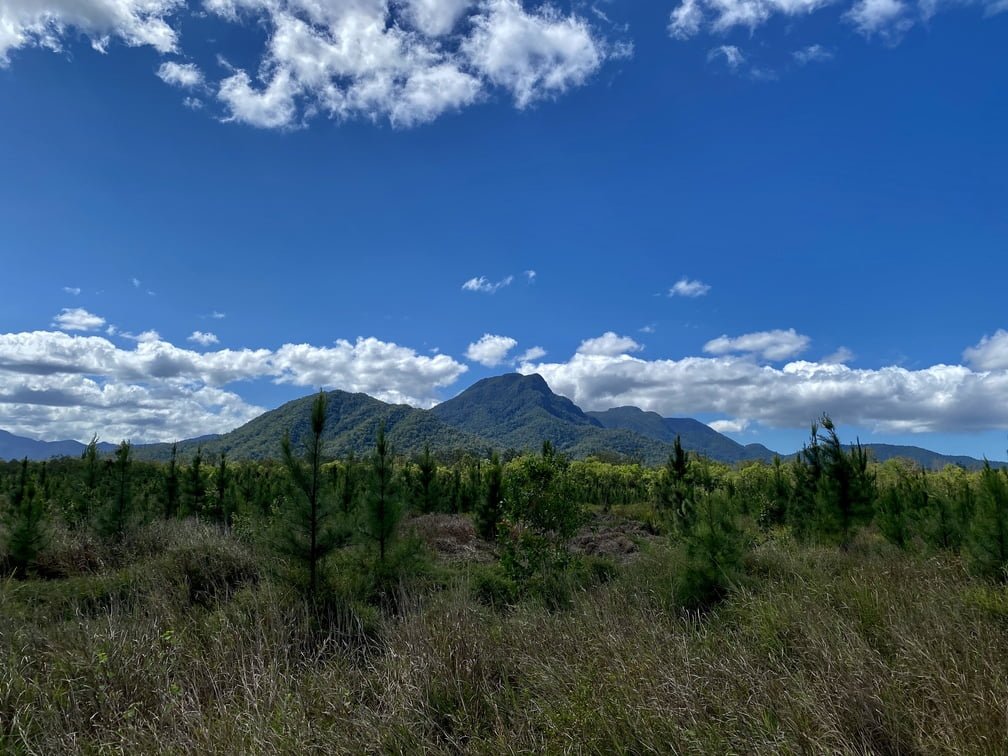 Finding new places to explore and adventure is a super fun part of our role at Townsville Hike and Explore, so on a Sunday, when Michael asked if I wanted to join him to hike a trail he mapped up a prominent, yet lesser known Mountain in the Girringun National Park called Mt Westminster Abbey, it wasn’t an opportunity to pass up.

Driving into the Broadwater State Forest the grander of the 940m mountain and its impressive, steep granite rock summit gave me reason to momentarily pause and ponder the achievability of this hike, and it wasn’t without good reason. In 1989 a hiker fell down a cliff from rocks giving way, remarkably only sustaining the injury of a broken arm.

As a level 5 hike, the climb up Westminster Abbey was in no way an easy one with every metre gained a win in itself. Along the 12kms that we trekked we encountered large sections of granite rock formations to climb, sharp vines, lots of fallen trees and a thick slippery forest floor covering a rugged steep dry rainforest landscape involving gradients between 70 to 80 degrees.

Our efforts were well rewarded with spectacular views across the Hinchinbrook channel, Hinchinbrook Island and a highlight, the discovery of a natural wind tunnel, aptly named by Michael as the Westminster Wind Tunnel.

This made an awesome place for lunch, with the gusts taking only a short amount of time to cool our hot drenched clothes, something we also did with the help of Dalrymple Creek when we reached the bottom some 9 hrs after setting off.

With a path to the summit now mapped, and our learnings now recorded, this adventure is one that our group looks forward to taking on again in the future. 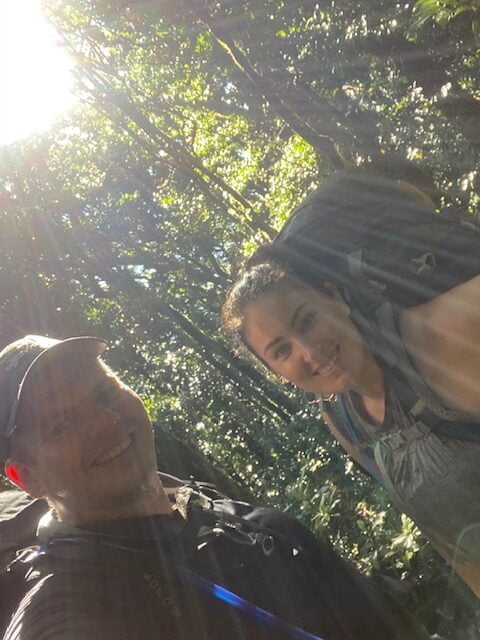 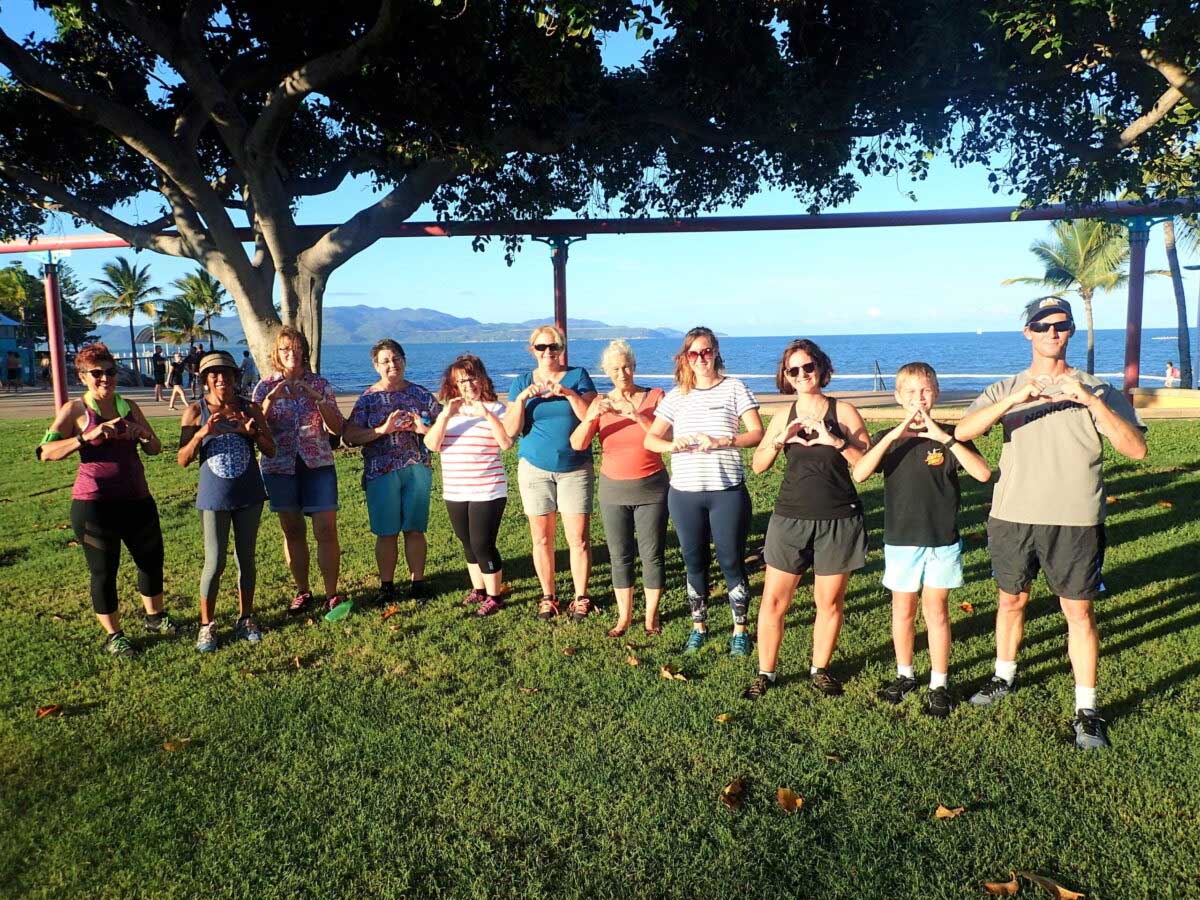