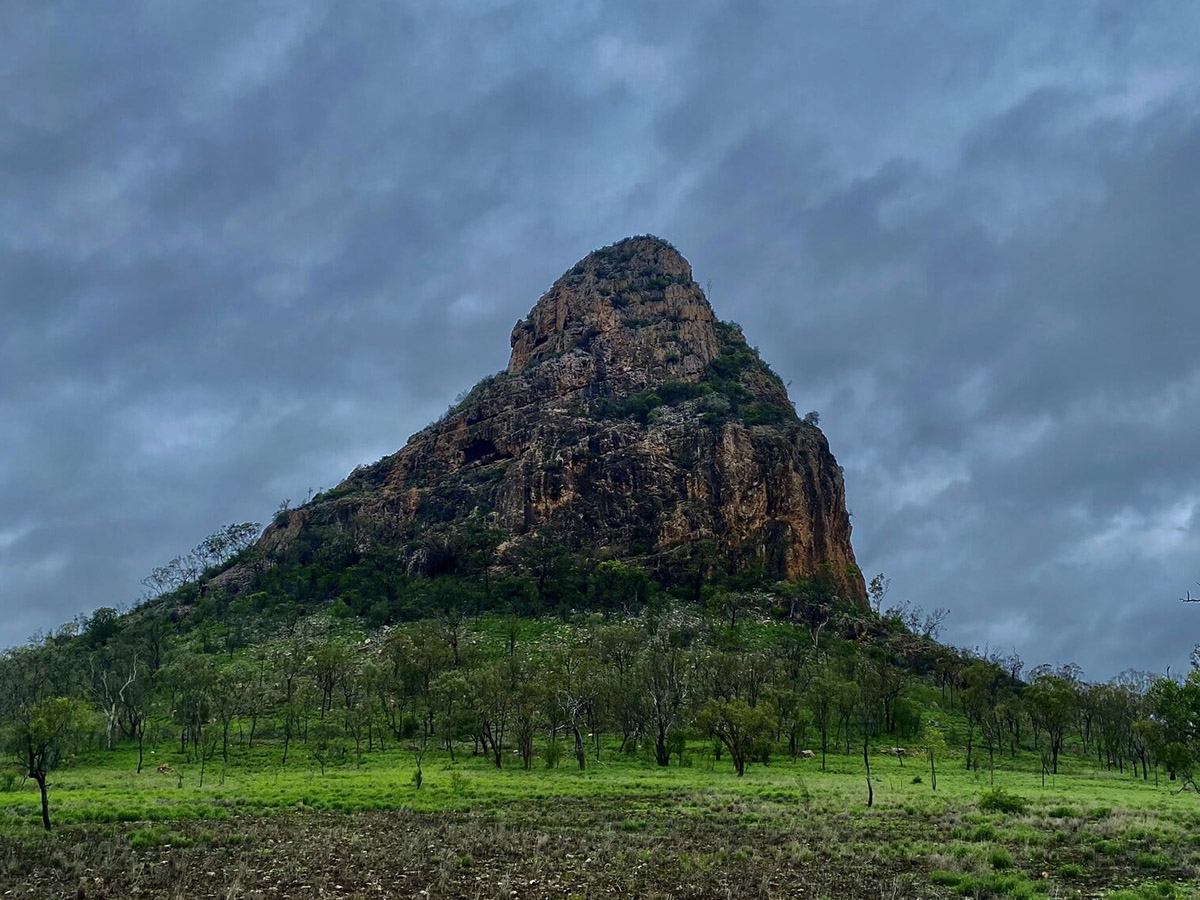 Located in the Briagalow belt Bio Region, 760 km northwest of Brisbane, the Peak Range is a chain of picturesque mountains between Moranbah, Clermont and Dysart. One of the most noticeable and impressive points of interest in the Peak Range National Park is Wolfang Peak. The peaks consist of intrusive volcanic plugs of resistant rhyolite and trachyte. Wolfang Peak is an isolated fang of rock with bands of grey and purple rhyolite showing the path of flow of basalt lavas.

At 572 metres elevation, this steep, rocky dome shaped volcanic formation is clearly visible from the town of Clermont, 36 kilometres away to the south west, as well as from various other elevated peaks in the surrounding sections of national park. The explorer Ludwig Leichhardt first discovered Wolfang Peak in 1845 and named the individual peaks in the national park after members of his party or sponsors.

Many take one look at Wolfang Peak and shy away from this adventure. There have been numerous recorded incidents over the years with adventurers coming to grief attempting to conquer this peak. While summiting Wolfang Peak can be tricky if you’re not an experienced climber, for those that are experienced in such feats and not afraid of heights, this peak is a ‘must do’ on your list!

This volcanic formation consists primarily of rhyolite and the surface is loose and crumbles in places, with massive pieces of rock that appear sturdy, easily dislodging with a little weight or force.

There are some massive cave formations which can be explored on the way to the summit, however be warned, the larger cave on the northern side (visible from the highway) is home to a colony of bats.

Once at the summit, you will realise just how impressive this peak really is. The flat, rocky peak offers 360 degree views of the Central Highlands and surrounding grazing country. The patches of cultivation dotting the landscape reach all the way to the horizon.

The monstrous Fletchers Awl (on private property) is visible to the east, as are the Gemini Mountains, made up of Mount Pollux and Mount Castor to the north.

There is remnants of an old trig point which fell victim to a storm at the summit, as well as a geocache in the form of a sealed steel box with a note book inside to record the names of those that have visited the peak.

Peak Access: Please note this peak is under grazing lease. Access is by walking only from the Peak Downs Highway. Visitors can access the park to climb the peak via fire control lines. Queensland Parks and Wildlife Services in Clermont can provide advice on peak access and walking trails as walking trails are unmarked. 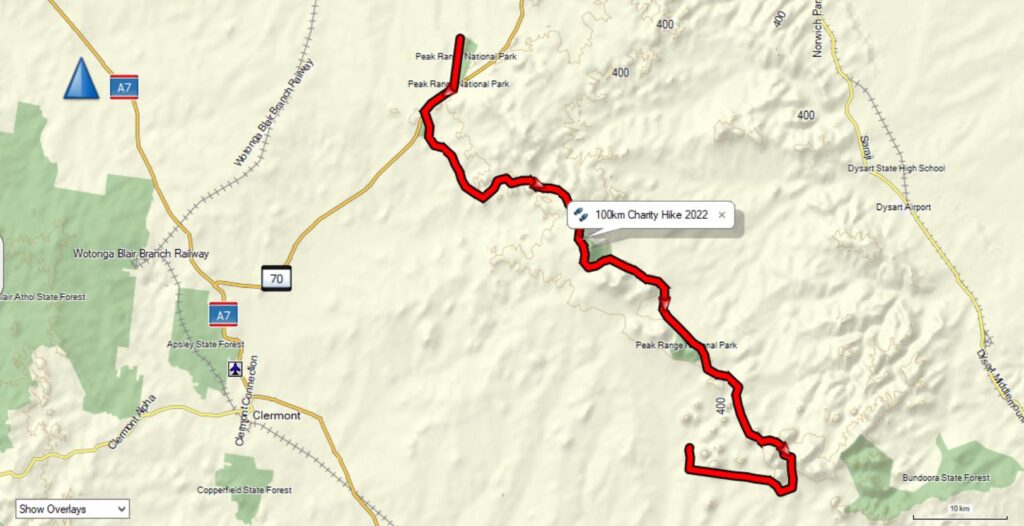