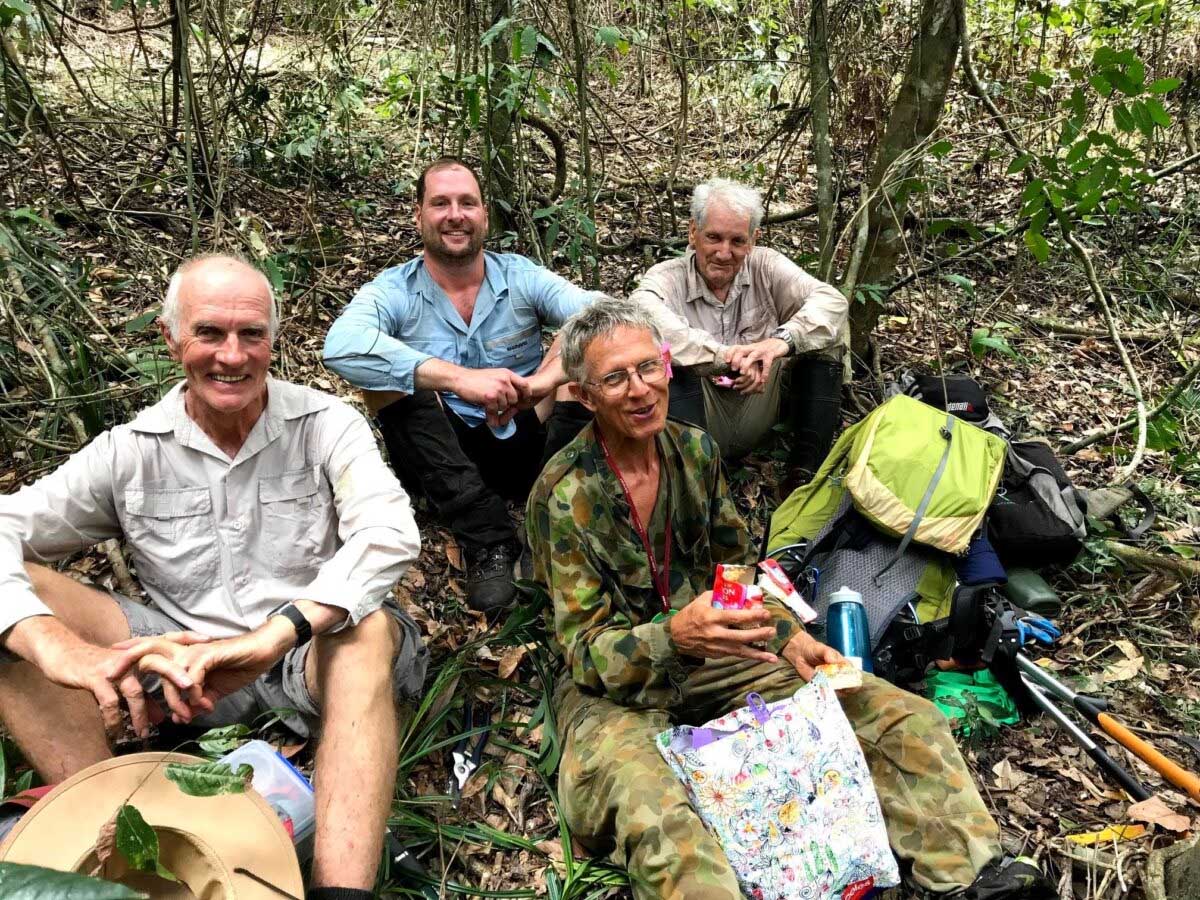 Over the Festive Season, Townsville Hike and Explore ventured into a section of the Paluma Range National Park and country including the upper and lower reaches of Ollera Creek for our second and third trail maintenance adventures, a continuation of our efforts to re-open a section of trail that hasn’t been used regularly in almost 7 years.

Sections of this particular trail were severely damaged by Cyclone Yasi and these adventures were the second and third of many we have planned over the summer months to re-open sections of trail between Bluewater and Paluma that will see the everyday adventurer able to access and witness some of the most beautiful and scenic points of interest in the area.

Both trips were led by Michael Mohring (Mickle), who along with his mates Trevor and Leo mapped, designed and marked these trails many moons ago.

Wilfred Karnoll joined us on the second trip and it’s always great seeing hiking and adventuring legends such as Wilfred and Michael together at the same event.

Michael and Leo were a little more adventurous on the second trip and spent the best part of 3 days and 2 nights out in the bush. These guys really have a genuine love of this area.

Trail maintenance and marking is a slow process, especially in thick, dense and overgrown country and is primarily reliant on GPS Navigation and waypoints.

We also need to be mindful and ensure we don’t damage the natural environment any more than is necessary. We also have certain flora we will not disturb, which makes for some interesting diversions on the trail after 7 years of growth!

By the end of the second trip, Michael and Leo were within a stone’s throw of the beautiful Ollera Falls, the last point of interest before the trail makes its way up to the summit of Circle View Mountain.

A big thanks to all those involved, and we look forward to our next trail maintenance adventure!

Once again, I am humbled by the time, effort and devotion our group members contribute to events such as this one – You should all be super proud of yourselves!

Townsville Hike and Explore invites other local groups, including those with reach in the community that can spread the word about what we are doing and anyone with spare time over the summer months to join us on future trail cutting events and contribute to re-opening sections of trail that will benefit the greater outdoor community in the short and long term – If you plan to use these trails in the future, get on board with assisting to re-open them!