WHAT A DAY we had hiking and exploring the old Paluma Telegraph Line in a remote section of the Paluma Range National Park.

With some of our friends from the TBWC and led by Wilfred Karnoll, we set off early with low cloud and showers visible over some of the more elevated peaks in the area.

The Old Paluma Telegraph Line dates back to the 1940’s and was the primary mode of communication from the outside world to what was then known as ‘Cloudy Clearing’, now known as Paluma.

Wilfred had recently hiked this old line and re-discovered many artefacts and relics from a bygone era – Let me assure you I was more than excited to join him on this hike and witness this for myself!

Different sections of the old line are visible all the way from the bottom of the range to what is now known as Mount Spec Road.

The old Telegraph Line poles are steel in some sections and wooden in others – Many of the steel poles still stand in all their glory, visible amongst the thick overgrown sections of the old line.

The majority of the older wooden poles have fallen victim to bushfires and storms, however, are visible by the insulators and steel support brackets left behind on the ground. Some of the steel poles have had mounds of rock piled up around them, assumingly to keep them standing when they began to falter. The insulators have markings of ‘41’ and ’42’, and we can only assume these are manufacture dates.

We came across old work camps and numerous artefacts and relics. One old work camp still had pot plant pots visible, as well as many other artefacts, including an intact pannican, billy lid, batteries, an old oil lantern and axe head.

There are numerous bottles of shapes and sizes strewn all the way up the line with markings that would only make sense to people who know about such things.

This type of historical hike and explore event is something we could do every day! Spending time finding and looking at old artefacts and relics is really something special!

We followed an old packhorse trail from where the old Telegraph Line comes out at Mount Spec Road, up the range to an elevation of approximately 900m. We then met up with a section of the disused Paluma to Forestry Road Trail and followed this back to Windy Corner and a well-deserved Cuppa at the village!

We came across Turpentine Trees, She Oaks, Refrigerator Trees and Pimply Ash Trees (Also Known as Zit Trees) on the hike, as well as the usual wait a while, barbed wire vine, Pandanus and lawyer cane in the upper rainforest section of the hike.

Old ‘Blazes’ are visible in numerous trees along the old Pack Horse Trail – These were the original way a trail was marked in the dense rainforest.

One very special thing we came across was the bower of a Tooth Billed Cat Bird – This is something I have never seen before!

Close to the village, we also came across a tunnel that was built under the Mount Spec Road. There are 2 theories about why this tunnel was built – It was either used as a mine shaft OR was built in the WW2 era by soldiers stationed at Paluma Radar Station to blow up the road in the event of an invasion to hinder travel up the range.

This was our last hike before Christmas and was one of the best hiking and adventuring experiences I have had to date!

Join Townsville Hike and Explore on our next adventure! We hope to run similar combined events with the TBWC in 2020 and a big thanks to Wilfred Karnoll for leading this hike.

WE WANT TO SHARE THIS HIKE WITH YOU ALL, BUT DO NOT WANT these relics and artefacts to fall victim to collectors and trophy hunters and I ask everyone who reads this article to be responsible and respect the importance of future generations being able to visit and appreciate sites such as these.

THERE ARE FEW PLACES like this left to hike and explore that haven’t been pillaged. There is absolutely NO reason to remove anything from any of these sites and I encourage other groups/pages to be selective in who they share details of this hike with in the future. Townsville Hike and Explore will run a similar event in the future to hike and explore the old Telegraph Line. 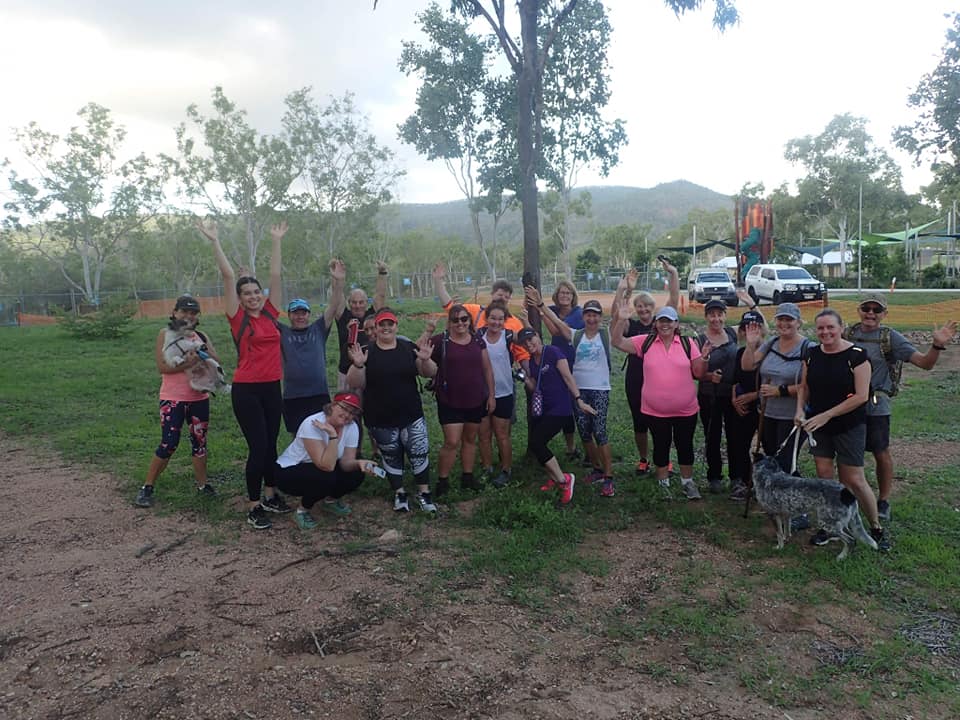