In true Townsville Hike and Explore fashion, our first hiking adventure on Magnetic Island in a few months was one to write home about! Catching the early ferry over to the Island, the mission for 26 adventurers was to summit Mount Cook and continue across the top of the Magnetic Island National Park and take up with the headwaters of Endeavour Creek. From there, we aimed to navigate Endeavour Creek all the way down to Horeshoe Bay, where the creek meets the ocean on the western side of the bay.

With a couple of Maggie locals joining us, we set off down Mandalay Avenue and the humidy was surprisingly stifling as we made our way down the Nelly Bay to Arcadia walking trail. From a pre-determined point, we went bush and headed for Mount Cook.

Hiking Mount Cook offers some of the best views of Magnetic Island, it’s beautiful beaches and remote sections of the Magnetic Island National Park you’ll see from any point on the Island. From numerous lookouts and viewpoints we’ve discovered and tagged during previous hikes, the group is treated to almost 360 degree views of the Island and the North Queensland Coastline around Townsville.

Controlled burns late last year have altered the terrain remarkably in the elevated sections of the national park, particularly around the summit of Mount Cook. The fire appears to have been a slow moving fire, which lasted for nearly 2 weeks, burning out the ground cover and causing mature trees of all shapes and sizes to come crashing down which makes for an interesting site in a normally lightly vegetated and relatively clear terrain.

As we closed in on the summit of Mount Cook, the pace slowed as the group took in the numerous opportunities for photos of different sections of the Island and surrounding waters.

Lunch at the summit beacon was welcomed by many and I was unsure if this mammoth group would be willing to continue down to Horseshoe Bay. I gave everyone the option of heading back the way we came, however in true Townsville Hike and Explore Adventurer fashion, it was a resounding “no”! The group was more than eager to bush bash our way down to Horseshoe Bay. So off we went!

After showing everyone the memorial plaque and helipad close to the summit, we bushed bashed our way into the headwaters of Endeavour Creek. I was surprised to see many of the seasonal streams in the area with a visible flow of water after recent showers. We came across a lone Death Adder (Acanthophis antarcticus) on the rocky edge of a shallow stream, much to the enjoyment of some of our flora and fauna loving adventurers.

Given last years controlled burns, I was able to avoid hiking the creek bed through the upper and mid reaches for much longer than last time we adventured in this area. This was an added bonus for the group and saved us from rock hopping down some narrow and overgrown sections of the creek which are steep, slippery and riddled with stinging tree (Dendrocnide moroides) in places.

We marvelled at “Flat Rock” and many other beautiful sections of this watercourse as we made our way down into the lower reaches of Endeavour Creek and the long walk back to the bus to catch the ferry home!

A massive thanks to Jo Hurford for the awesome pics! 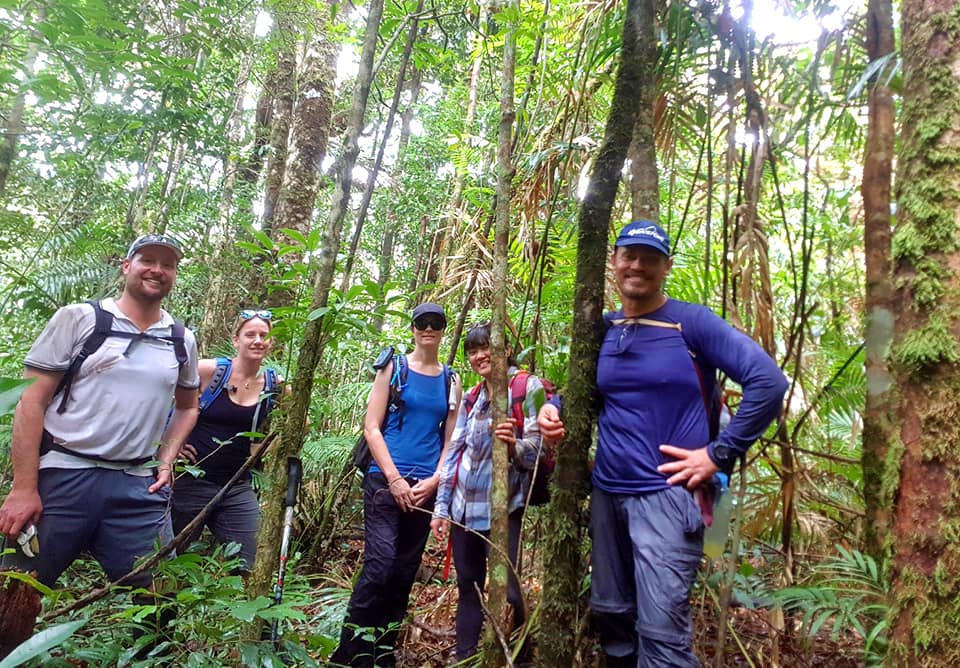 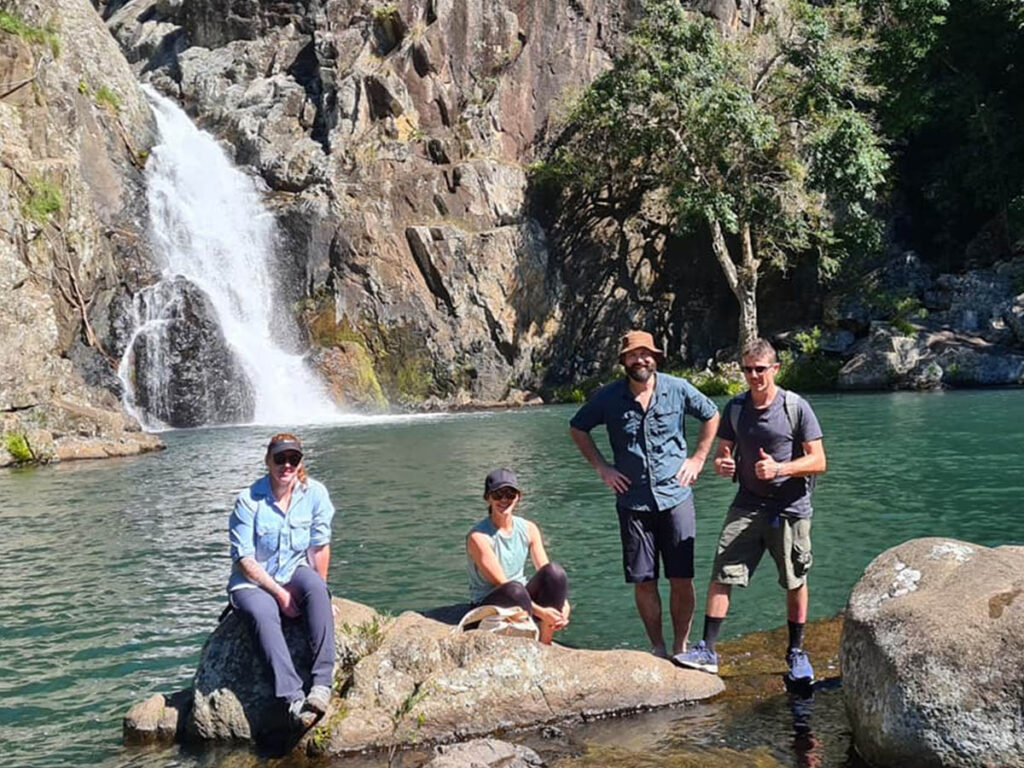 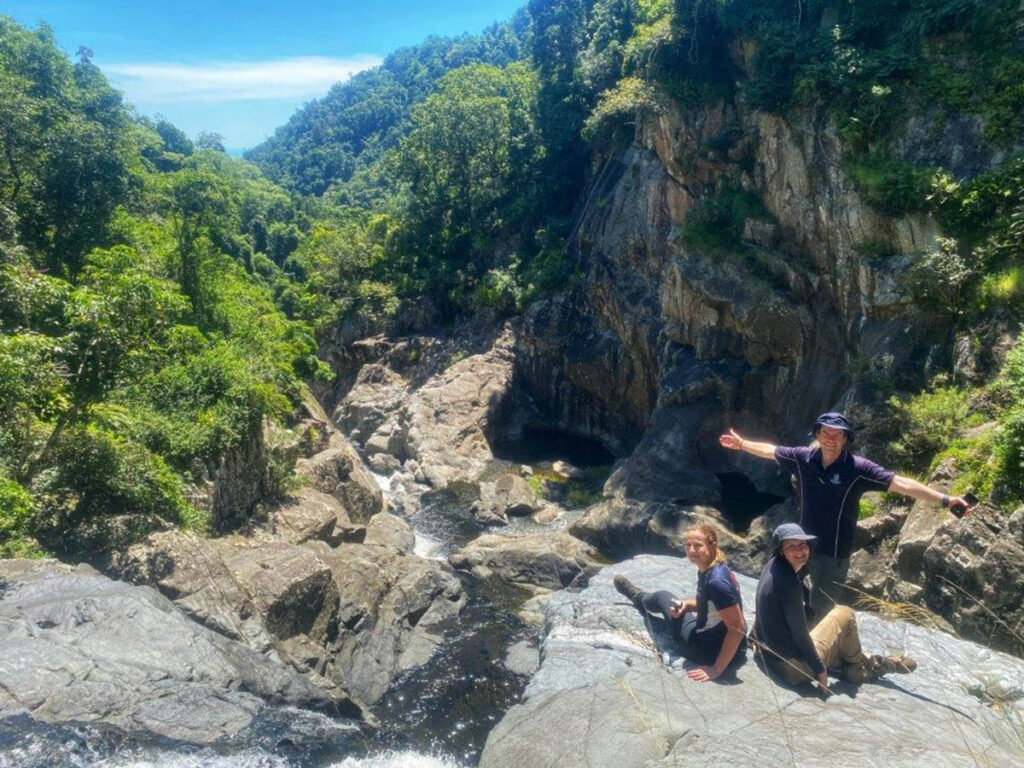