If someone had asked me at the end of the weekend what hike had been favourite I couldn’t have decided. A week later, it would be this one. As someone who enjoys their photography, there were photographic opportunities every 10 metres that in the end, it was easier to keep the camera out rather than put it away only to take it out a minute or two later.

Lord’s Table is a distinctive mountain, centrally located amongst the Peak Range National Park. At approximately 2.5 kilometres long, and up to 300 metres at it’s widest, this flat-topped mountain has continually changing vistas.

As we ascended to the base of the plateau, grasshoppers kept us pre-occupied from the steep climb as they launched themselves at us, hitting legs, shoulders, hands and faces. Grasslands turned to a dry rainforest, with misshapen trees wedged within cracks of the rocky-edging and stretching overhead. We weaved amongst the roots and branches, until we found an easy rock scramble to the top of the plateau. Circumnavigating from atop the rocky-edge creates canyon-esque views, stretching towards the horizon. We explored from one end to the other.

As it began to heat up, we descended back to the dry rainforest where the shadow from the Lord’s Table kept temperatures down (a little). We continued along to a slope of scree and began a slow descent to a dry creek-bed and back to the car.

I didn’t know what to expect from Central Queensland. Each of these hikes were very different and offered new perspectives and views across the region. They all contained one thing I love most in hiking, rock scrambling. Definitely looking forward to returning once the weather cools again and exploring more of the peaks in the region. 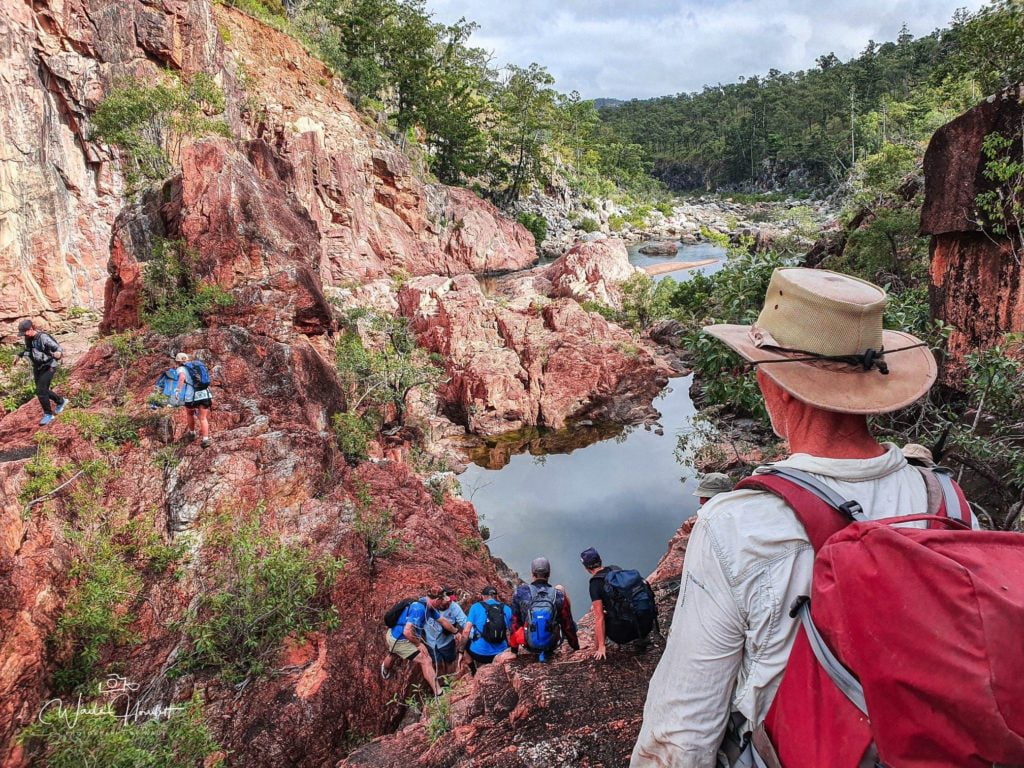