It’s been a while since Townsville Hike and Explore scheduled a full day event primarily focused on hiking a section of our North Queensland coastline. We spent some time late last year exploring the North Western Bays of Magnetic Island and after nearly twelve months, it was time to get our ‘beach fix’ again!

I’d heard of the beauty and splendor that is Paradise Beach (also known as Paradise Bay) near Cape Cleveland – this pristine coastline south of Townsville was to be the main point of interest we aimed to visit on this fun filled tropical coastline adventure!

On past hiking adventures summiting Mount Cleveland & it’s western ridgelines, we had looked down in awe over Paradise Beach in the distance to the east, but to date, had never witnessed this spectacle up close!

We were lucky in the fact that one of our hikers and explorers joining us on this adventure had significant family history in the area – her family having resided in the Cape Cleveland Lighthouse for 17 years! We welcomed her stories and invaluable information on the area we were exploring!

Heading off early and bush bashing through the Bowling Green National Park close to AIMS towards Cape Woora, we passed through dry eucalypt forest and numerous gigantic black granite boulder formations of all shapes and sizes. These formations are evident right the way through the Bowling Green National Park, from sea level to its highest point, Mount Elliot summit, at 1220 metres elevation.

After a short break and some rubbish collection along the beach, we headed off towards the bay that has been ‘locally named’ Sunset Bay. The sun was starting to make its presence known and we knew it was going to be a warm September day!

After bush bashing and checking out some caves for rock art along the way, we reached ‘Sunset Bay’, with Bray Islet and its surrounding reef (Bray Reef) visible directly in front of us as we hiked out on to the beach. It was time for smoko so we found a nice shady spot on the beach and opened up the floor to our newer members to share some stories of their past adventures! The most remarkable of these was Leonie telling us of her childhood days living at the Cape Cleveland Lighthouse. One day, while out fishing and swimming with her father, she looked over, to see her father beckoning her closer and found herself within arms length of a whale, just off the coast! Leonie was close enough to pat this giant ocean creature! We all listened in amazement!

After regrouping, off we went – headed for Paradise Beach, the only ‘officially’ named beach and bay in the area and well known by anyone familiar with the area. By the time we reached Paradise Beach, the temperature had risen, the breeze had died off, the sand was warm and the sun’s reflection off the ocean water could be easily felt by all! Many layers of sun protection were applied on this adventure!

With the coastline Kapok Tree (Cochlospermum gillivraei) flowering around us in all its beauty, despite battling the heat on this warm day and visibly withering, we stopped for a break and absorbed the ocean paradise that is Paradise Beach. From our resting point, we could see our goal – a massive boulder formation overlooking the coast at approximately 200 metres elevation, ‘locally named’ Castle Rock.

The bush bash to Castle Rock was a tiring affair, given the heat. We reached this impressive rock formation an hour later and the group were treated to some magical views of Paradise Beach and the surrounding coastline. From close to Castle Rock, we could also look back towards Townsville, however the views of our city were somewhat obscured. We could see a handful of boats out on Salamander Reef on the horizon. After taking in the views, we descended via an unnamed creek line to take some shelter from the heat, given it was now the warmest time of the day.

Mission accomplished, we headed back to the starting point, the air-conditioning in the cars on the way home was no doubt welcomed by many of the group! There are many other points of interest in the immediate area we will hike and explore in the future, however this adventure was the perfect experience to kick off our Cape Cleveland coastline adventures! 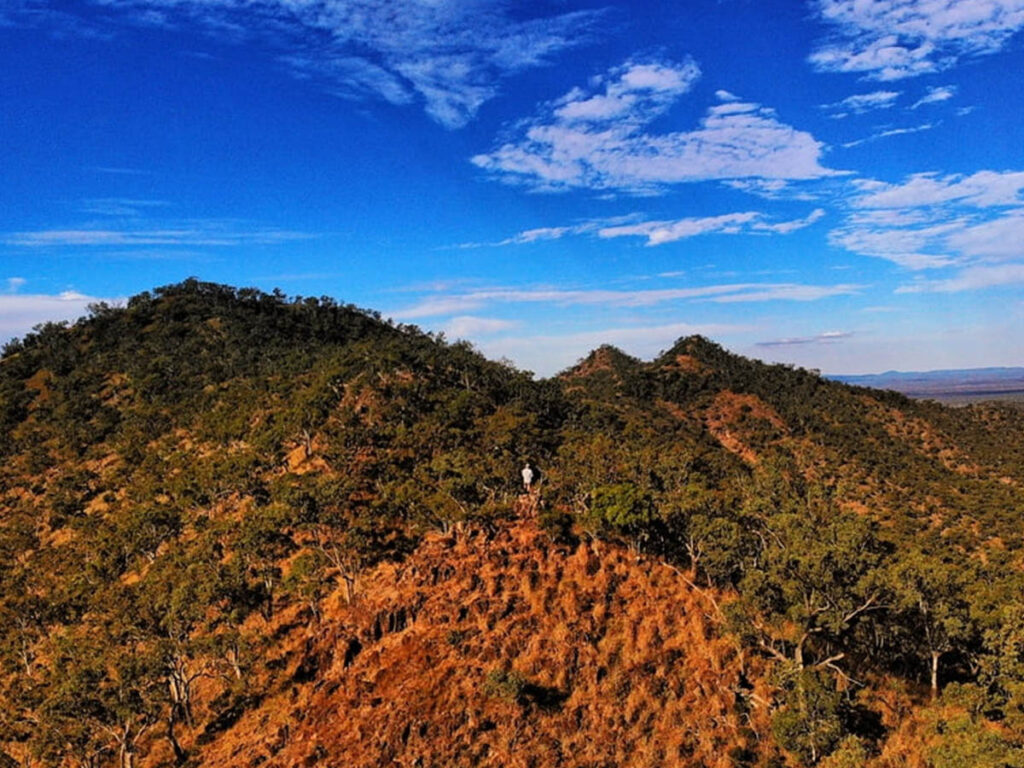 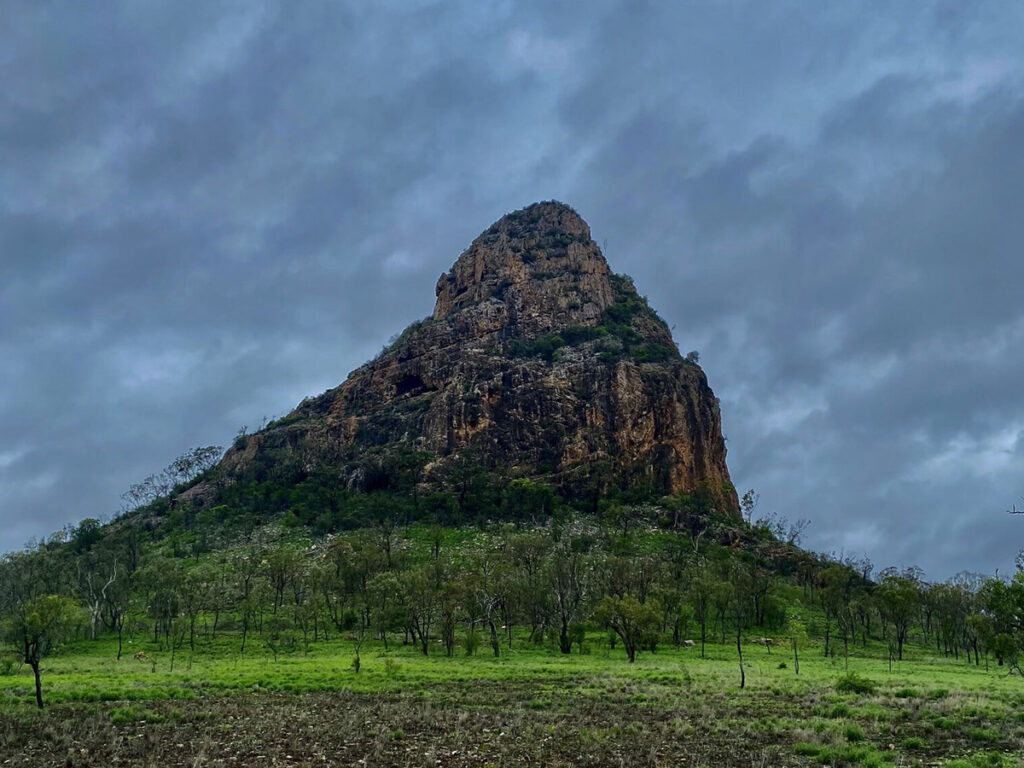