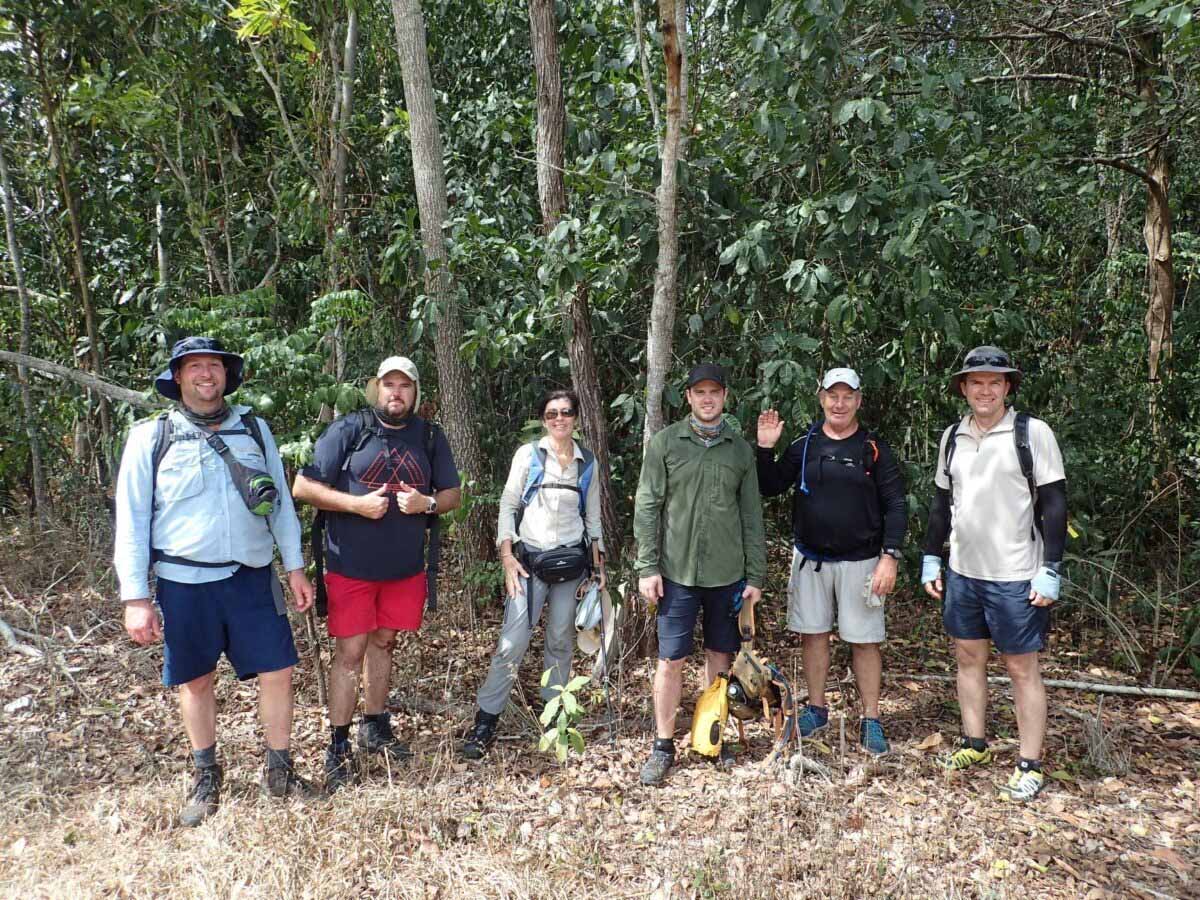 A day out exploring the upper reaches of Bullocky Tom’s Creek in the Paluma Range National Park turned out to be one of my favourite rock hopping and creek adventuring experiences this year!

Many a hiker and explorer has navigated Bullocky Toms Track, but few have visited the upper reaches of Bullocky Tom’s Creek.

Jim Fitzgerald shared some of his vast knowledge of everything outdoors and schooled the group on some wild passionfruit bush tucker, and we were off! One of the biggest and most impressive Golden Orb Spiders I have seen improved Rhett Stubbs’ looks on the walk in to the creek.

There was no shortage of views, waterfalls, cascades, terraces and swimming holes as we made our way up the creek to an elevation of approximately 400 metres.

Ginormous and impressive boulder formations greeted the group around every corner, and we made numerous diversions around some stunning fern garden waterfalls along the way, in some places flowing into the creek from numerous directions!

Given the time of year, the natural flow of the creek makes its way underground in places and pops back out in the most unexpected places!

Pack Swims were a plenty and we waded through one of the most beautiful narrow gorges I have seen in the National Park.

Early Afternoon showers were the cue to head down and the group stopped along the way to take a dip and advantage of a couple of the more pristine swimming spots.

The filamentous algae in the clear rainforest waters gives off an emerald glow – something you must see to believe!

Damo and Rhett Falls are now a permanent feature of this creek line, much to their excitement!

Water Dragons, Red Bellied Blacks, Jungle Perch and Fresh Water Yabbies’ made themselves known as we navigated the creek line.

On a rock hopping adventure such as this, group members are always assisting each other through the more technical and challenging spots, and as a group leader, this is amazing to watch!

As long as it takes, if an adventurer is motivated and able to soldier on safely, together we make it happen – after all that’s what our social group is all about!

As we walked out on the flat country surrounded by massive flocks of rainbow lorikeets’, I’m certain we’d all had a day to remember! 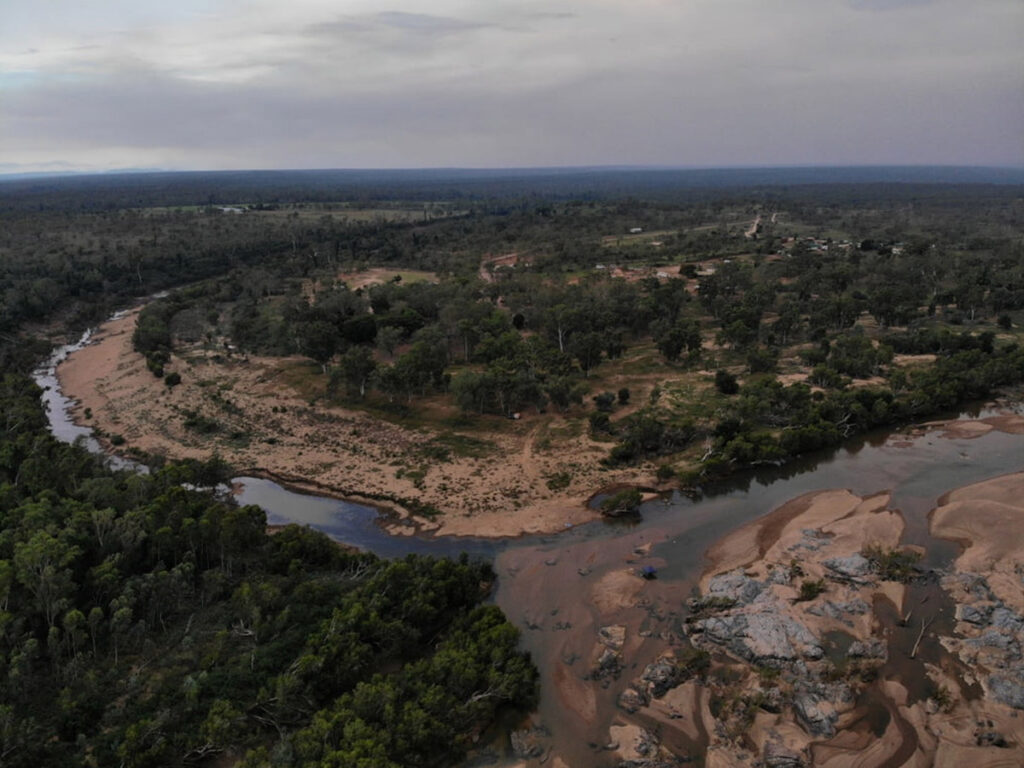 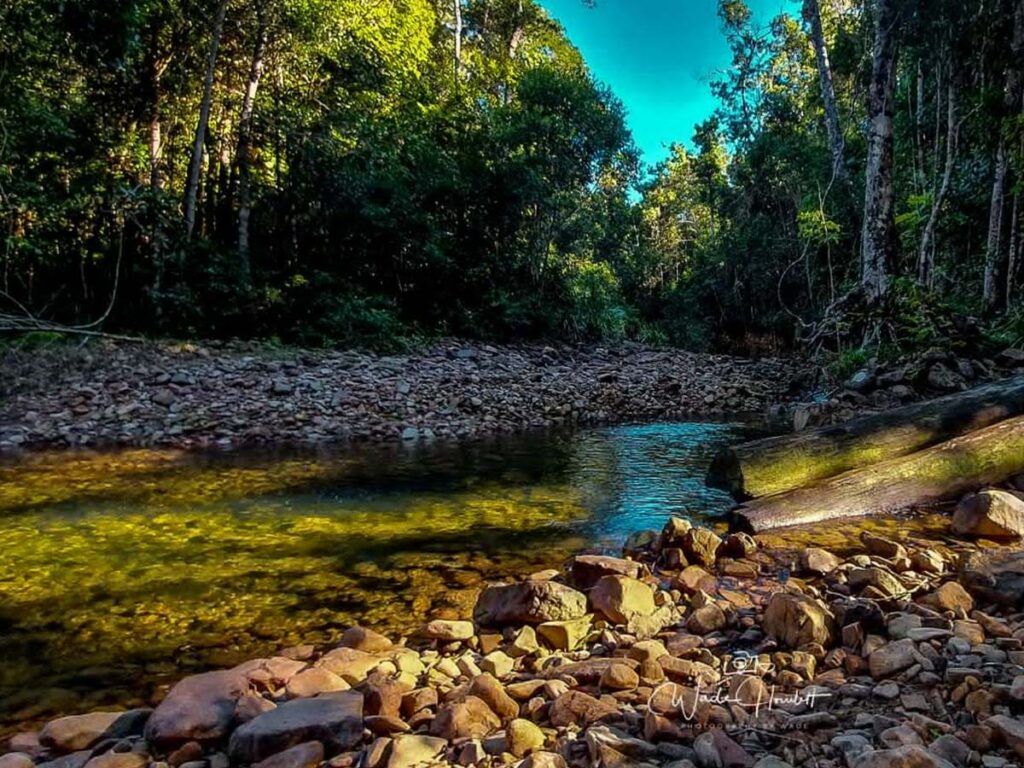